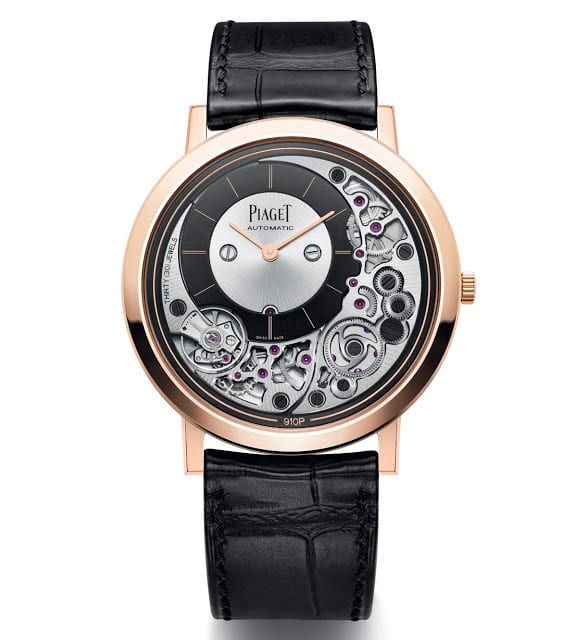 The pre-SIHH releases continue with the latest from Piaget – the Altiplano Ultimate Automatic 910P the world’s slimmest self-winding watch, at a mere 4.30 mm thick. This trumps the Bulgari Octo Finissimo Ultra-Thin Automatique, which measures 5.15mm.
Piaget is no stranger to manufacturing super-thin wristwatches. The quest for slenderness began in the late 1940s and achieved a pivotal step in 1957 with the launch of the manual-winding 9P calibre, one of the world’s thinnest movements of its kind at the time, measuring just 2 mm thick. 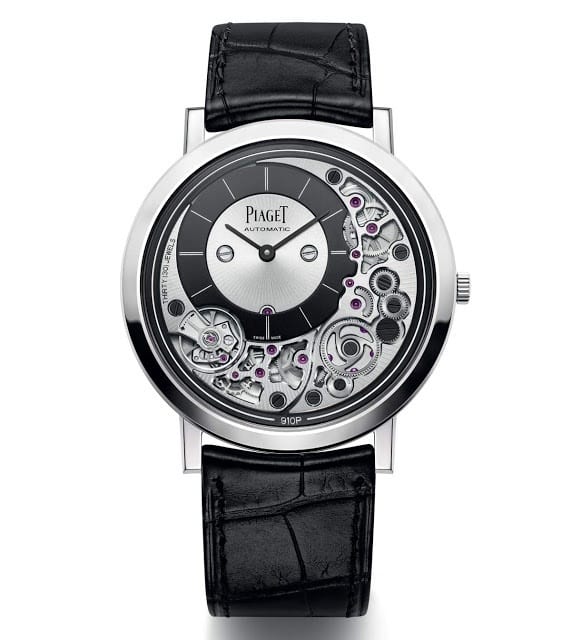 Pursuing the year 2017 celebrations marking the 60th anniversary of its Altiplano line and of its ultra-thin 9P movement, Piaget unveils the Altiplano Ultimate Automatic 910P, a timepiece where movement and case form a single entity, with the latter serving as a mainplate to which the 219 incredibly thin components are affixed. This is a design solution for ultra-thin watches originally pioneered by Audemars Piguet, for the automatic tourbillon caliber 2870, all the way back in 1986 (which is 4.8mm thick). The automatic winding system uses a peripheral rotor, which allows it to lie in the same plane as the rest of the gear train. The peripheral rotor means the 910P is slightly wider than the 900P: 41mm vs. 38mm respectively.
Pared down to extremes, some of the parts are barely thicker than a hair’s breadth, including certain wheels measuring just 0.12 mm thick (compared with 0.20 mm on a traditional movement). This highly complex architecture has led to a reversed movement construction, with the bridges and the the going train fitted on the dial side – an approach that contributes to the aesthetic of the Altiplano Ultimate Automatic, since they are now visible through the front of the 41 mm white gold case. 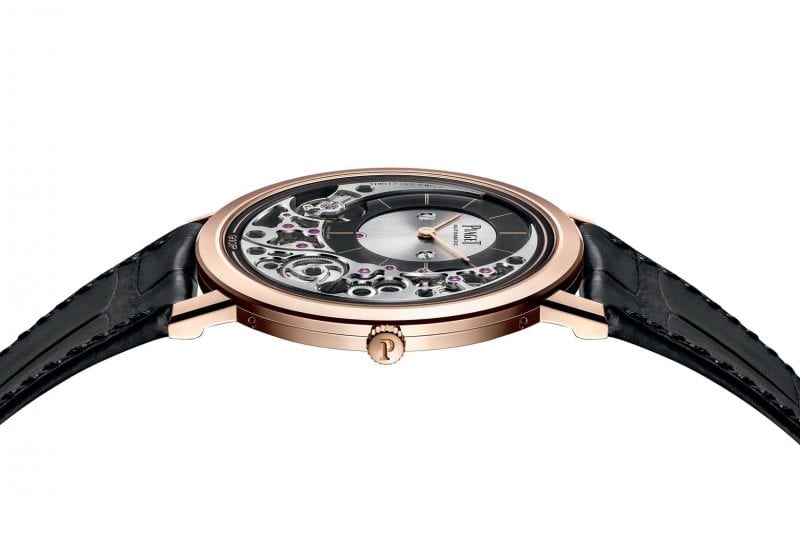 There are a total of 238 components, with some of the wheels measuring just .12mm thick. Overall this watch has a power reserve of 50 hours, and the time display is featured on the eccentrically placed dial.