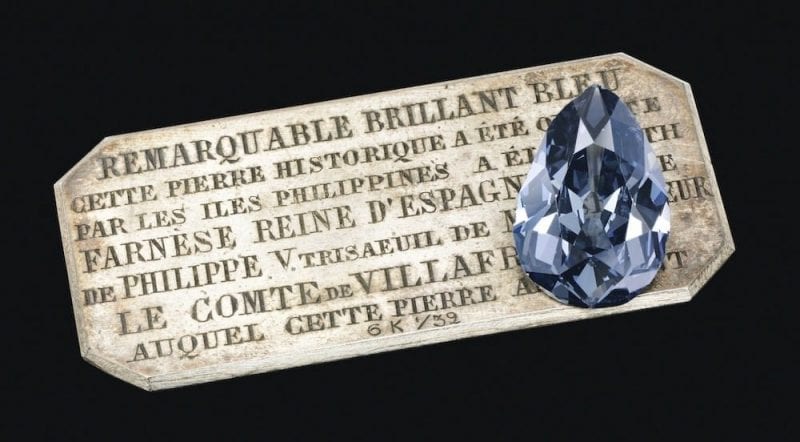 A rare blue diamond, that was given to Elisabeth Farnese, Queen of Spain in 1715, and has passed down through four of Europe’s most important royal families, was auctioned off during Sotheby’s sale Magnificent Jewels and Noble Jewels for $6.7 million.

Known as the Farnese Blue, the pear-shaped 6.16-carat jewel surpassed pre-auction estimates after going under the hammer for the first time at Sotheby’s Geneva Tuesday evening. Originating from the Golconda mines in southern India, the fancy dark grey-blue diamond takes its name from the second wife of King Philip V of Spain, Elisabeth Farnese (1692-1766) daughter of the Duke of Parma, who received it as a wedding gift in 1715. 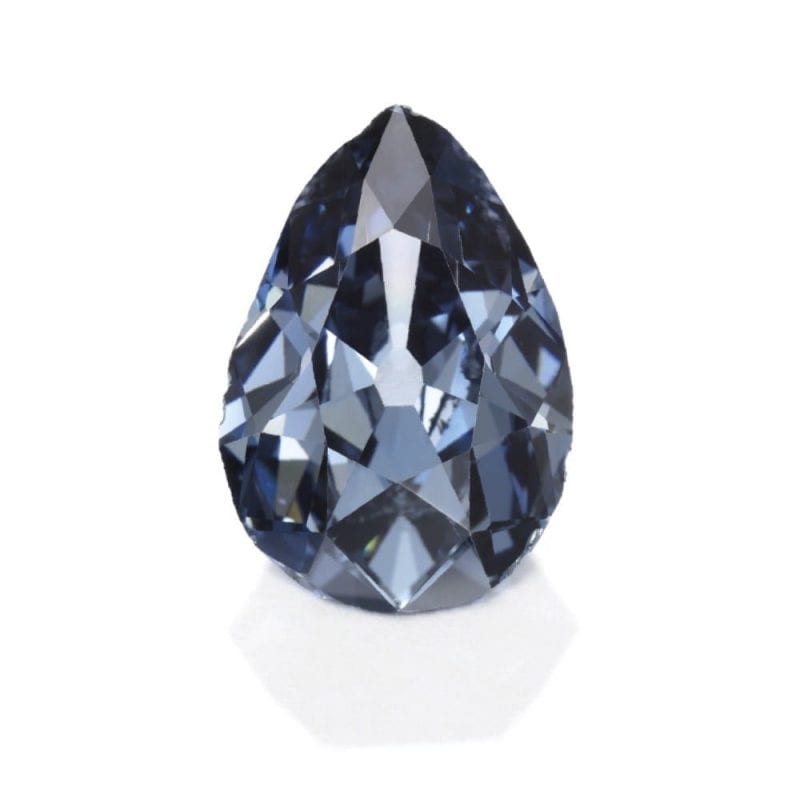 It was passed down through more than seven generations and, as their descendants married into other European families, it traveled from Spain to France, Italy and Austria. According to the auctioneers’ website, the pear-shaped diamond once formed part of a tiara owned by the ill-fated French Queen Marie Antoinette.