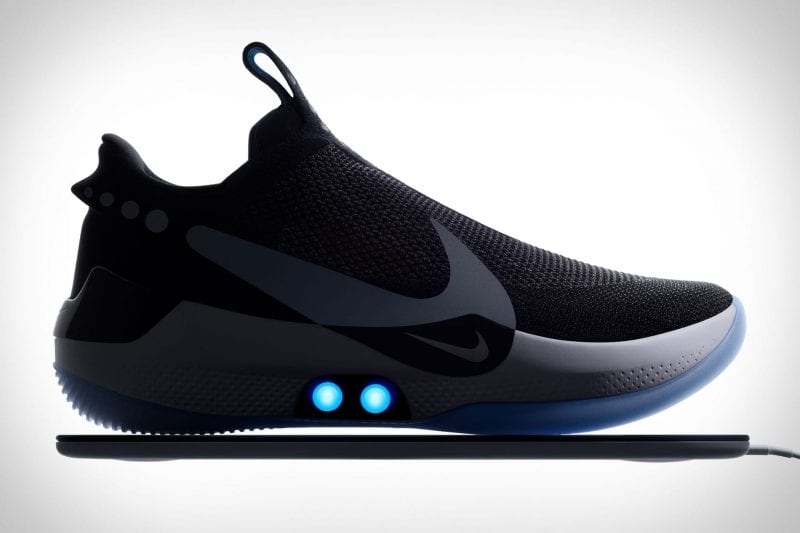 Nike has introduced Nike Adapt BB, an app-controlled sneaker and the sportswear brand’s first self-lacing shoe. The newly named Nike Adapt BB shoes are built for basketballers and incorporate the company’s latest power-lacing system. When the user slips into the shoes, a motor and gear train take over and automatically adjust the tightness of the shoe until a snug fit is found.

You can customize the fit further via your smartphone or through a button hidden in the Flyknit upper. This breakthrough customization ability lets players input different settings for pre-game, timeouts, and when the action is at its peak on the court. The Nike Adapt BB will be the company’s second self-lacing shoe to be released to the general public; the HyperAdapt 1.0 was released back in 2016, a year too late to meet the Back To The Future Part II prediction. And the technology has already undergone some major upgrades; Nike Adapt app will now allow the wearer to continually update the FitAdapt shoe firmware and making the shoe adjustable on the fly.

To guarantee the best result, the Nike Adapt BB was put through a gauntlet of tests, including impact tests, intense temperatures, end-of-life tests that lasted tens of thousands of cycles long, waterproof tests to simulate the sweatiest feet and more. For this purpose, the Nike design team invited an elite group of professional players, including Boston Celtics small forward Jayson Tatum, to Nike World Headquarters in Oregon for a run of workouts and pickup games, putting the shoe through an exhaustive trialing period. With the introduction of driverless taxis, rollable televisions, interactive movies, and shoes that lace themselves, our present is starting to look more and more like a “future” depicted in 80s sci-fi flicks. The Nike Adapt BB shoes are expected to become available in the springtime of 2019 and at a cost of $350.