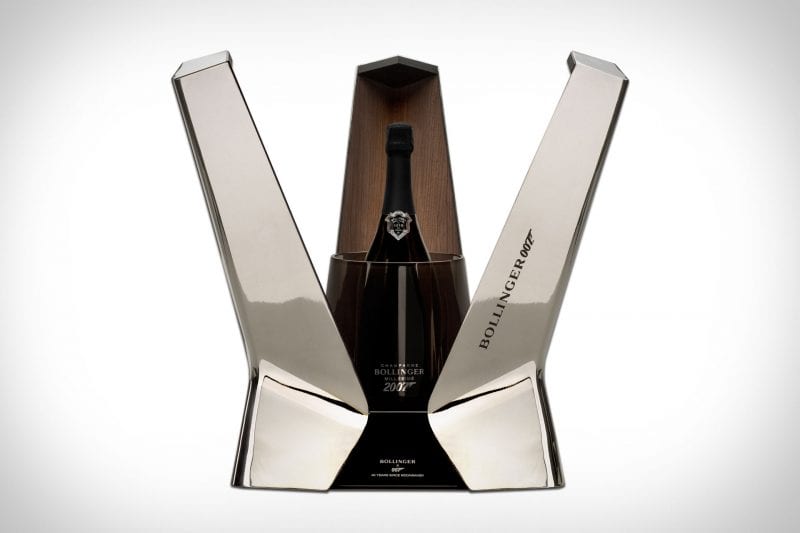 Champagne Bollinger is celebrating its 40th year in partnership with James Bond with the launch of two wines: a $5,500 Moonraker magnum and a $230 No Time to Die, the 25th installment in the film series.

The first bottle pays homage to Moonraker, the film on which the Bond and Bollinger partnership began.  Limited to 407 examples, each Moonraker set is numbered and finished by hand with a price tag just north of $5,500. The bubbly is packaged in a Moonraker-inspired space shuttle box made from pewter and wood veneer that holds a Saint Louis crystal ice bucket and a magnum of Bollinger 2007.

The second wine is the Bollinger 007 Limited Edition Millésimé 2011, which pays tribute to the 25th film in the James Bond franchise No Time to Die. The black bottle is adorned with the number 25, formed from the titles of the previous films, which are similarly etched on the glass of the wooden box. The 2011 vintage wine is made entirely from Pinot Noir grapes  sourced from a single grand cru vineyard in Aÿ, Champagne, according to the announcement. Discover Opulent Club on Apple News.