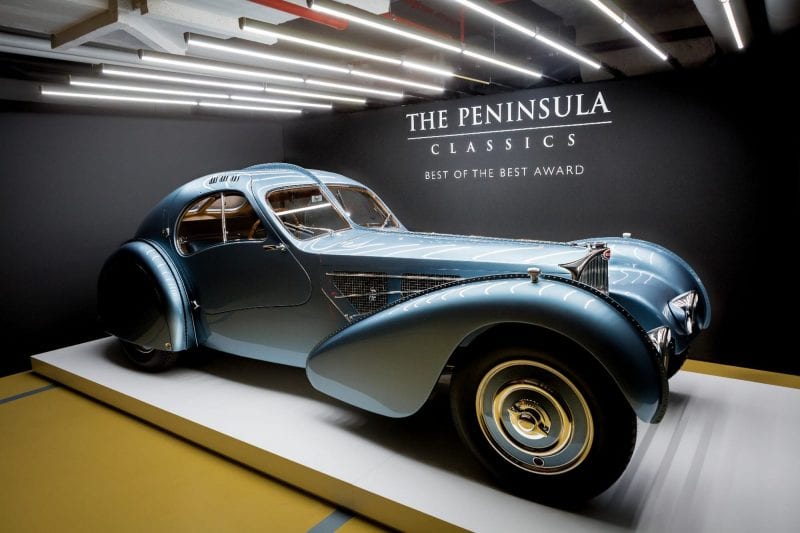 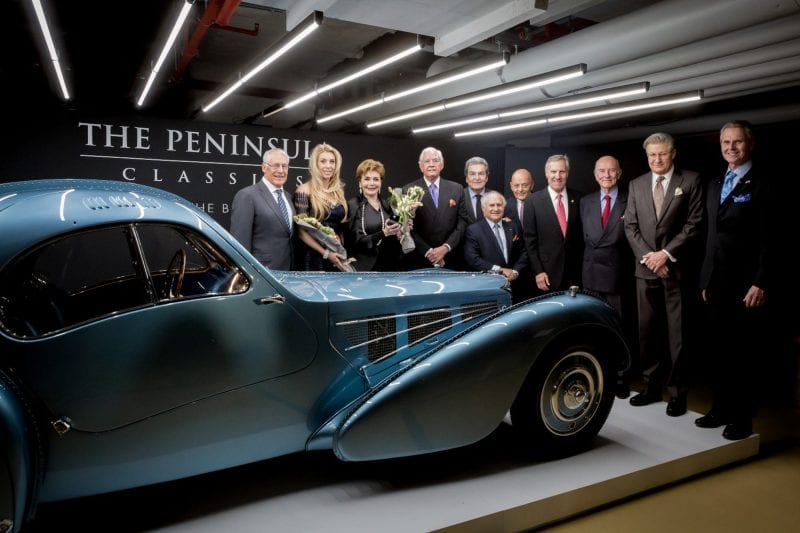 Now in its third year, the Peninsula Classics Best of the Best Award brought together eight best of show winners to compete for the title of the most exceptional motor car in the world, though in many minds, the appearance of the Bugatti Type 57 SC made the third running of the event somewhat of a non-contest. Only the SC Atlantic’s distinct beauty matches its rarity, creating a powerful combination that has earned numerous honors among the world’s most prestigious classic car shows.

Powered by a supercharged engine and considered by many to be the first supercar ever made, the winning Bugatti is one of four Type 57 Atlantic models ever produced, with only three in the world remaining. The Bugatti Type 57 SC Atlantic Coupé was styled on the famous Aérolithe concept car designed by Jean Bugatti in 1935, and hence had the same “dorsal fin” design used in the concept car due to the Elektron magnesium alloy used, which could not be welded. Jean kept this signature riveted seam on the all- aluminium body of the Atlantic.

“The Bugatti Type 57SC Atlantic is the crown jewel of the automotive circuit,” said Bugatti Head of Tradition Julius Kruta. “This car was Jean Bugatti’s masterpiece with its beautiful and breath-taking lines, plus its unmatched performance for the time. Today, it remains the ultimate expression of the Bugatti legacy: unparalleled power and beautiful design.”