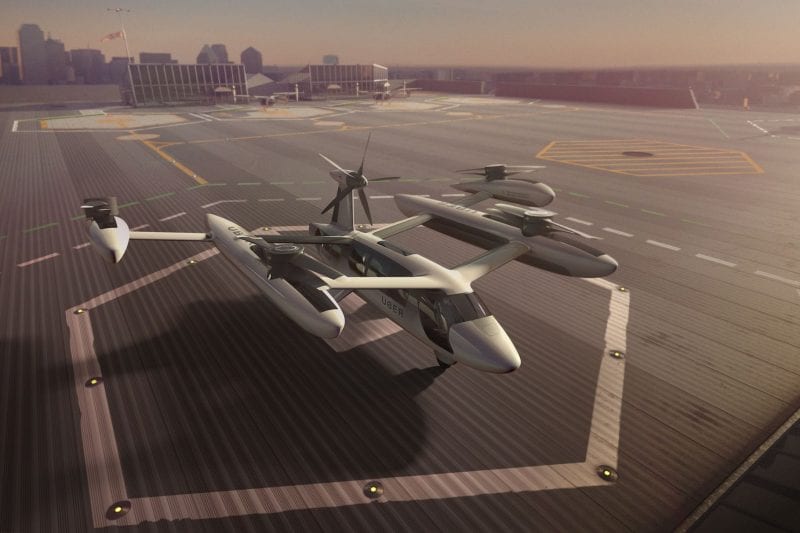 Uber has unveiled its “flying car” concept aircraft at its second annual Uber Elevate Summit. Uber envisions a future in which city dwellers can glide over that horrible, time-wasting gridlock and glide over all the unwitting Uber drivers and carpoolers in an electric plane/helicopter hybrid called a Vertical Takeoff and Landing (VTOL) vehicle.

The flying cars, which the company hopes to introduce to riders in two to five years, will conduct vertical takeoffs and landings from skyports, air stations on rooftops or the ground. Instead of a tiltrotor, this design has four stacked rotors along the spine to give lift, which then stow away during landing. There is also a fifth rotor on the tail to allow forward propulsion. If one rotor fails, the others will continue to operate for a safe landing. 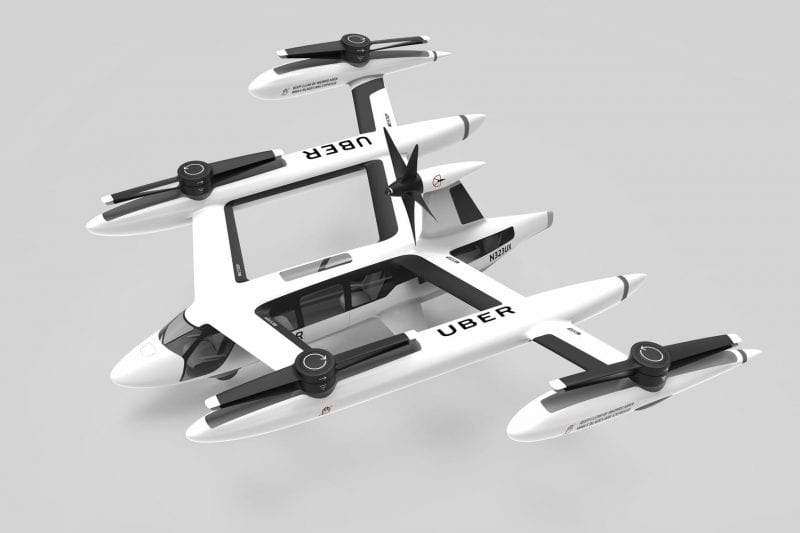 The vehicles themselves aren’t finalized, but Uber is working with respected aerospace partners at Embraer, Bell Helicopter, Pipistrel, Aurora Flight Sciences, and Mooney Aviation. These aircraft will be electrically powered, and Uber says they’ll fly at an elevation of 1,000 to 2,000 feet. The company envisions thousands of its flying taxis shuttling passengers between rooftop “skyports” and landing sites in cities, each of which will be equipped to handle 200 takeoffs and landings every hour. The aircraft will be piloted by humans at first, but eventually will fly autonomously.

“UberAIR will be performing far more flights over cities on a daily basis than has ever been done before,” the company’s chief product officer, Jeff Holden, said in a statement. “Doing this safely and efficiently is going to require a foundational change in airspace management technologies.” That’s why Uber also announced it’s helping NASA develop its Unmanned Traffic System for Unmanned Aerial Systems.

The company says full commercial service should be up and running well before 2028. Until then, it’s something to dream about during your own daily battles with traffic.