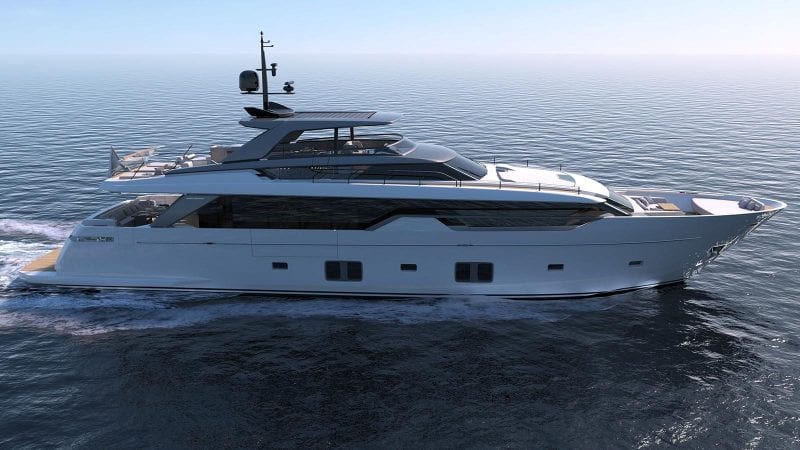 Sanlorenzo announced the latest addition to its semi-planing line during a press conference at the Italian yard’s Elite Days client weekend on 7th May. The new SL102, a 31.1 metre planing yacht with beam of 7.1 metres, which will make its debut at the Cannes Yachting Festival.

She will be Sanlorenzo’s first asymmetrical yacht, featuring a unique single side deck on the starboard side. The layout allows the main deck interior to expand outboard to the hull and superstructure limits. The boat’s asymmetric design has its genesis in the partnership Sanlorenzo announced in 2015 with American car designer and BMW guru of many years Chris Bangle, but its development was entrusted to Zuccon International Studio.

When presented with some of the challenges of boat operations in this size range, the design team opted for a single deck. This will allow for a protected passage for the crew whilst handling mooring operations. 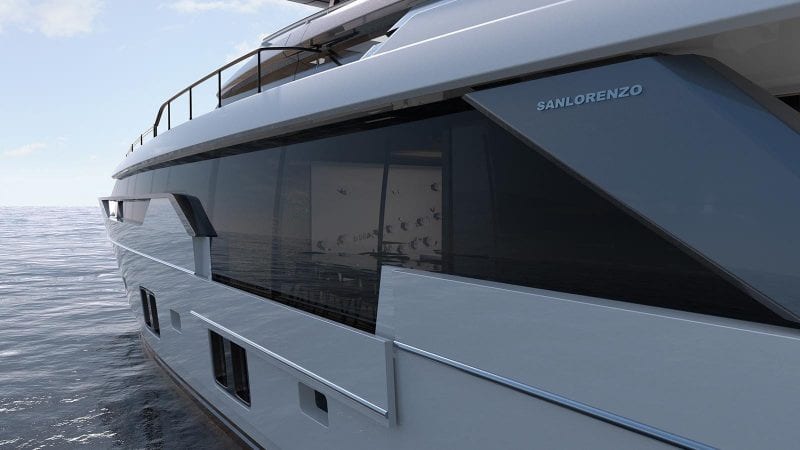 The layout positions the master cabin forward on the deck, with a starboard side door accessing the single side deck. Owners have the option to deploy a gate to prevent passage at certain times, allowing them to enjoy the entire forward area of the yacht, which includes an outdoor lounge, in privacy. A couple of different layouts are available but the basis is a spacious owner’s suite on the main deck and four generous guest cabins below. The crew quarters is located on the lower deck and includes a mess and two twin bunk cabins. The dining area and saloon are positioned on the portside, where one of the suggested layouts places the dining room directly alongside the massive window facing the water. 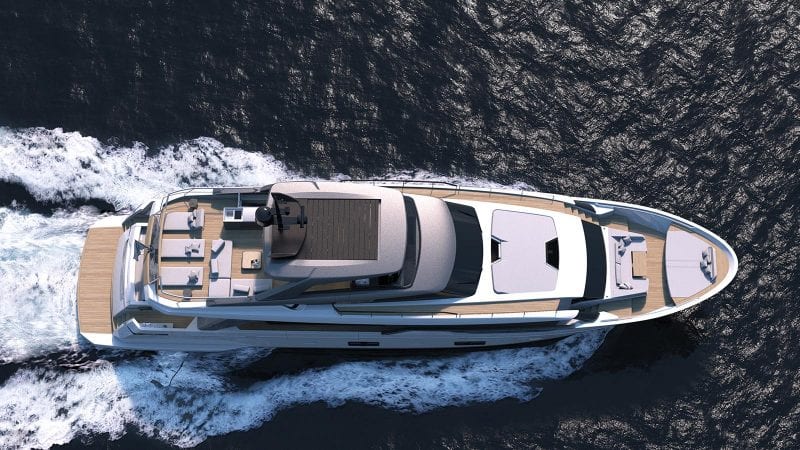 One of the big challenges of this innovative design was to implement it in a way that it would not stray from the traditional Sanlorenzo look. “Since I bought the company, I have tried to keep the tradition of Sanlorenzo because our customers want that design, that type of boat,” Perotti said. 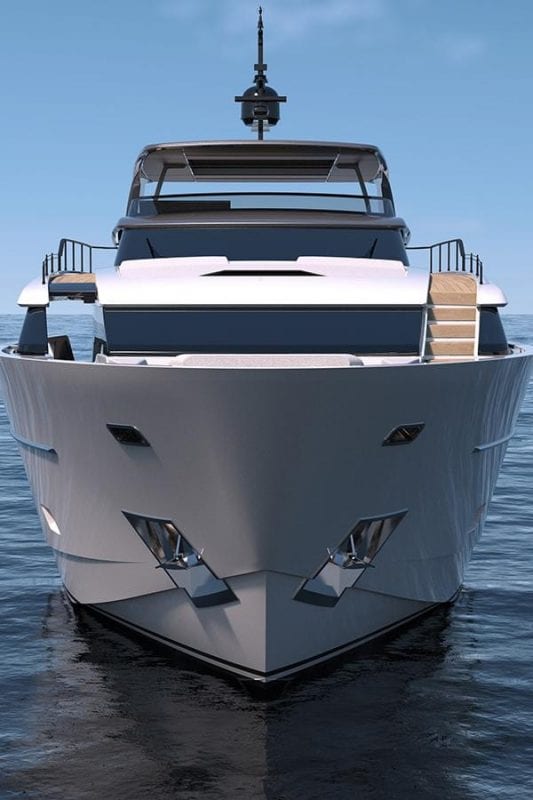