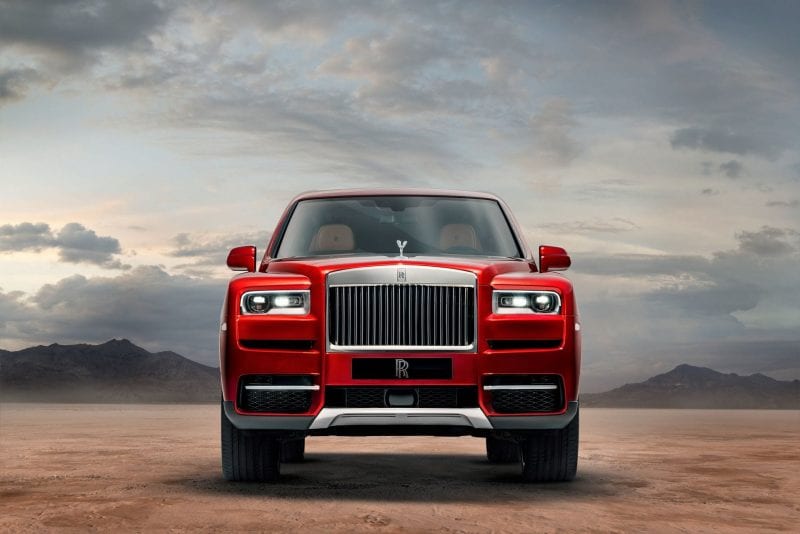 Rolls-Royce took the wraps off its first SUV in London today, a $325,000 machine Cullinan, the brand’s first-ever SUV and at the same time the world’s first super-luxury crossover. The name Cullinan comes after the largest diamond ever discovered, which now is part of the British Crown Jewels. 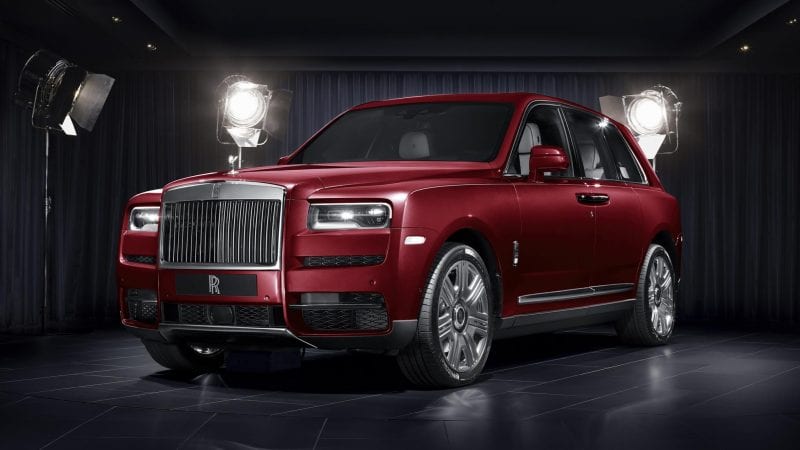 The Rolls-Royce Cullinan is a high-bodied, all-terrain vehicle and not simply an SUV. But with its arrival the company has begun using the SUV nomenclature a bit more freely! “Today we are setting a new standard by creating a new class of motoring and motor car for customers who are well-connected, highly mobile and have a global perspective. They want a new type of motor car that gives them unbounded access in ultimate luxury. Their sense of adventure and daring demands a “go-anywhere in ultimate luxury” motor car that will both take them to and meet them at the pinnacle of life” says Peter Schwarzenbauer, Chairman of Rolls-Royce and Member of the Board of the BMW Group. 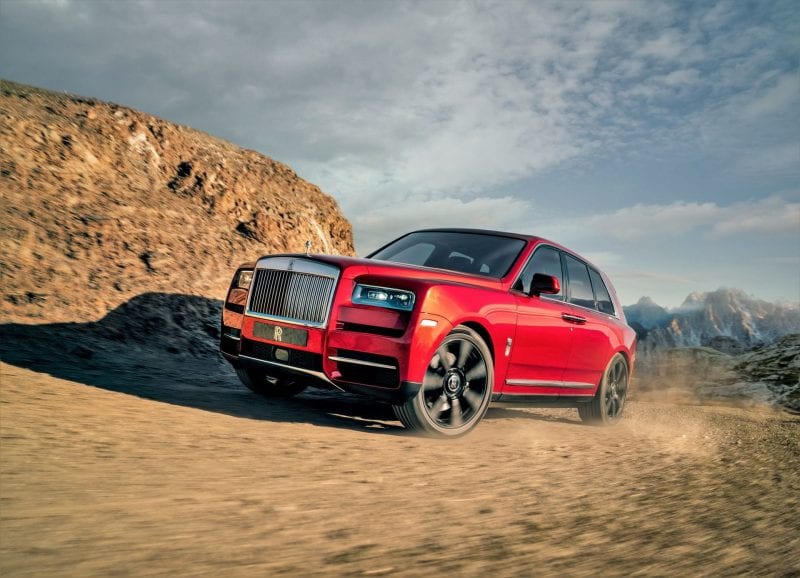 Up front, the Cullinan boasts a stainless steel pantheon grille below the Spirit of Ecstasy. It’s flanked by small LED headlights and surrounded by strong horizontal lines. At rear, there’s a two-piece tailgate that Rolls-Royce calls “The Clasp.”’ It’s a nod to the days when luggage was mounted on the outside of motorcars. The tailgate closes its two sections automatically via the key fob.


This is a car that doesn’t just redefine the meaning of the word utility, it dismantles it. Let’s start with its structure, which evolves the so-called Architecture of Luxury that based on the new aluminum platform, after the latest Phantom. Under the hood sits a reworked twin-turbo 6.75-liter V12 engine that makes 563hp (571PS) and more importantly 627lb-ft (850Nm) of peak torque from just 1,600rpm.

The car’s self-levelling air suspension makes millions of calculations per second, continuously varying the shock absorbers and reacting to body and wheel acceleration, steering inputs and camera information. While off-road, the Cullinan also uses this air system to push down any wheel it detects losing traction. As you would expect, the Cullinan comes with cutting-edge driver assistance and safety systems that includes everything from Night Vision and Vision Assist including daytime and night-time Wildlife and Pedestrian warning; Alertness Assistant; a 4-Camera system with Panoramic View, all-round visibility and helicopter view; Active Cruise Control; Collision Warning; Cross-Traffic Warning, Lane Departure and Lane Change Warning; a 7×3 high-Res Head-Up Display, WiFi hotspot, and of course the latest navigation and entertainment systems.

The four to five-seater is available in two rear configurations—Lounge Seats or Individual Seats. Cullinan’s Lounge Seat configuration is more family friendly and allows for three passengers in the rear. The seats fold down completely—another a first for the marque—to create a flat load area or in a 2/3 and 1/3 split.

The new Rolls Royce Cullinan is priced from $325,000 MSRP, and that’s before you even start looking at the crazy long options list.