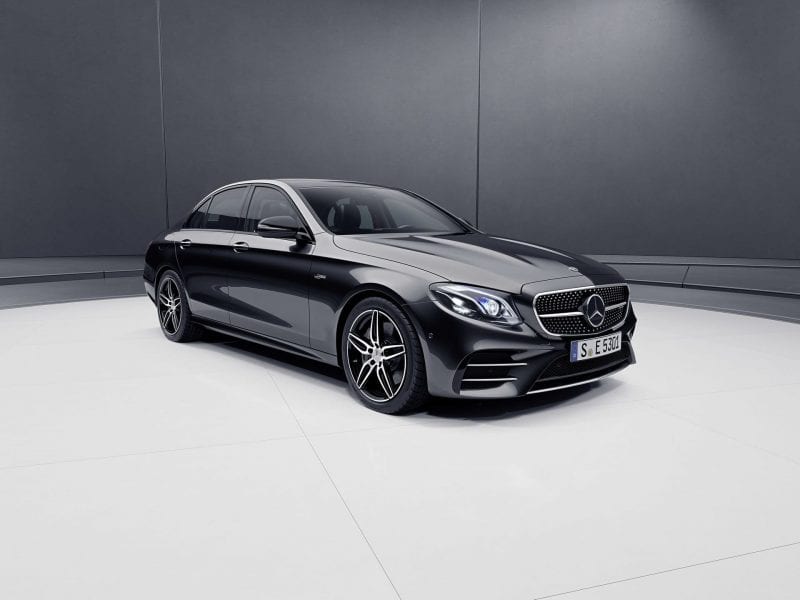 When Mercedes-AMG introduced its new -53 lineup, it announced new variants of the E-Class coupe and convertible, but the sedan was conspicuously absent. That’s no longer the case. The final piece of the inline-6-powered, midsize Mercedes-AMG lineup has been added: the 2019 Mercedes-AMG E53 sedan that will use the same 3.0-liter turbocharged inline-six as the CLS53, and E53 coupe and cabrio, fully variable all-wheel drive, larger brakes and generous equipment features such as the AMG Performance Seats, carbon fiber trim and more.

Compared to the previously mentioned E 43, which had 396 HP (401 PS) at its disposal, the new E 53 packs 429 HP (435 PS). Meanwhile, torque figures remain basically the same, rated at 384 lb-ft (520 Nm). Everything rides atop a sport-tuned air suspension. Its 4.4-second run to 60 mph is the same as the cabrio, and a tenth behind the coupe. That time is also the same as the sleeker CLS53 sedan. The E53 sedan also has the same electronically limited top speed of 130 mph. 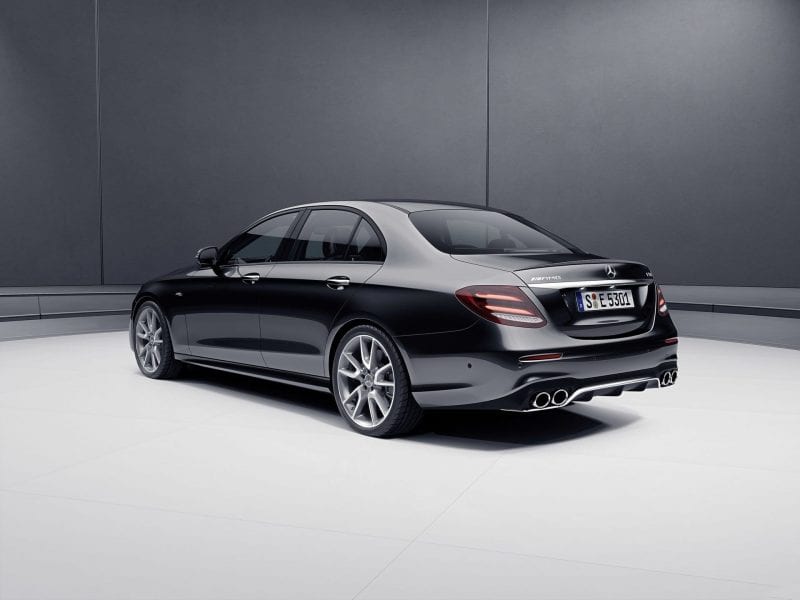 You can easily distinguish the E 53 Sedan from other E-Class models by its new hood, which features two power domes. Other noteworthy styling cues include the high-gloss chrome twin tailpipe trim elements, a new diffuser and optional 20-inch AMG alloys which feature a twin five-spoke design. Things are mostly typical E-Class inside, but it comes with a standard AMG steering wheel. AMG sport seats and carbon fiber trim are available options. Mercedes’ impressive pair of 12.3-inch widescreens are standard and cover both the gauge cluster and the infotainment system. 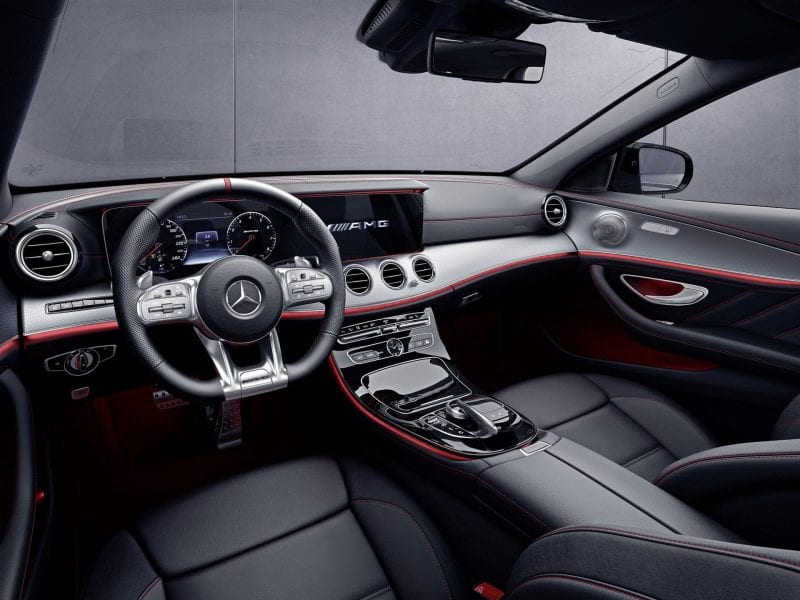 The 2019 Mercedes-AMG E53 Sedan will go on sale later this year, and pricing has not yet been announced. For comparison’s sake, the current E43 four-door starts at $71,600.