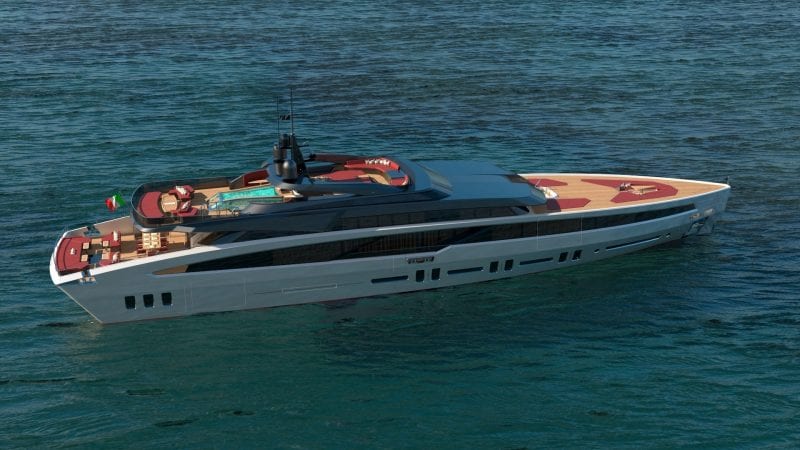 Franco Gianni from SFG Yacht Design has teamed up with Josh Rodriguez, a yacht designer and naval engineer unveiled “Bandida”. This is one of the most interesting and progressive yacht designs in 2018. In addition to the eye-catching sporty design, the yacht benefits from the engineering of a proven full-displacement hull and bribes with an operation range of 5,000 nautical miles and a displacement of just 470 tonnes. Bandida has a maximum speed of 18 knots and a cruising speed of 16 knots, powered by two Caterpillar diesel engines of the C32 Acert-series.

From the outside, Bandida will have the illusion of a tri decker when in reality she is more of a traditional raised pilothouse design. The forward area has a flush deck with sunbathing area and a lounge area with table. Further sunbeds, seatings and a pool can be found on the sundeck. The forward area of the sundeck features hidden gadgets like cool boxes and lift tables.

The interior layout of the boat is unique and non traditional just as she is on the outside. An alfresco dining for up to 12 guests is in the cockpit.