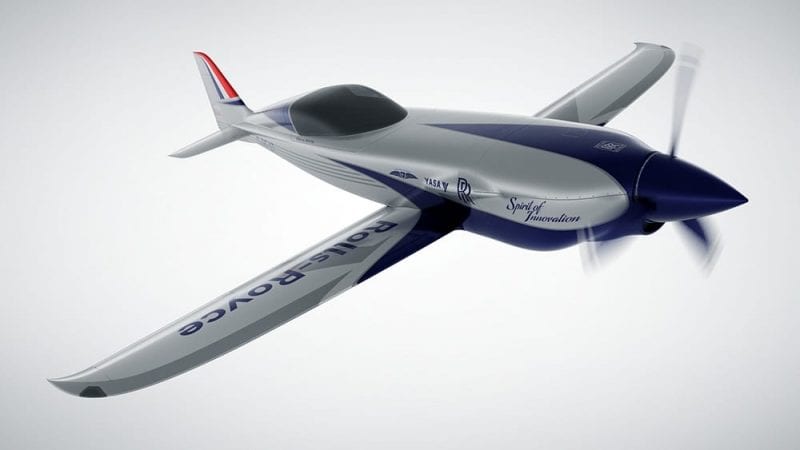 Rolls-Royce is leading a research project known as Accelerating the Electrification of Flight (ACCEL) to explore the use of a high power electrical system in a demonstrator aircraft. The zero-emissions plane which is expected to make a run for the record books with a target speed of 300+ MPH (480+ KMH) with a range of over 200miles: (London to Paris, Nairobi to Mombasa or Johannesburg to Durban). Accelerating the Electrification of Flight is currently being engineered inside a bustling hangar bay at the far end of Gloucestershire airport in South West England, by a team of British engineers, designers, and data specialists. “This plane will be powered by a state-of-the-art electrical system and the most powerful battery ever built for flight. In the year ahead, we’re going to demonstrate its abilities in demanding test environments before going for gold in 2020 from a landing strip on the Welsh coastline,” says Matheu Parr, ACCEL Project Manager for Rolls-Royce.

Rolls-Royce and its partners, ElectroFlight and YASA, intend the single-passenger aircraft to break a series of speed, performance, and development records. ACCEL’s overarching mission is to develop the requisite technology and supply chain knowledge to spur development of future aircraft concepts. An advanced cooling system can withstand the extreme temperatures and high-current demands during flight. The propeller is driven by three high power density electric motors designed and manufactured by YASA in the UK. The propeller blades spin at a far lower RPM to deliver a much more stable and far quieter ride. Rolls-Royce will make history when this first fully electric aircraft with a wingspan of 24ft takes to the skies in 2020 after 24 months of development.    Discover Opulent Club on Apple News.