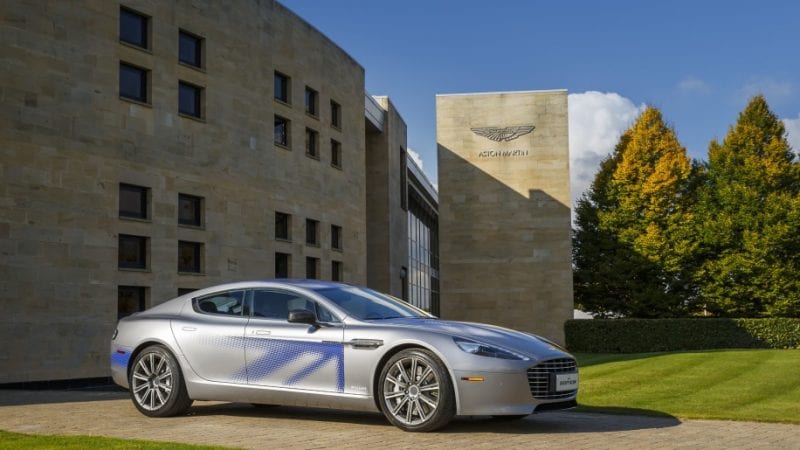 Aston Martin has announced official specifications for its first battery-electric model, which will be the Rapide E. Designed with input from Williams Advanced Engineering, the electric sedan uses a 65 kWh battery pack that sits in the place usually occupied by that V12 engine and six-speed automatic gearbox. Aston claims the electric sedan battery is designed for repeat performance; although the sub-4 second 0-60 mph time doesn’t sound too aggressive, the 50-70mph time is 1.5 seconds. Top speed is said to be 155mph and the range 200 miles WLTP, from a 65kWh battery. The battery system powers two rear-mounted electric motors that produce a combined target output of just over 600 horsepower and 700 pound-feet of torque.

Aston will only build the Rapide E in extremely limited numbers—just 155 examples—with deliveries beginning in the final quarter of 2019.