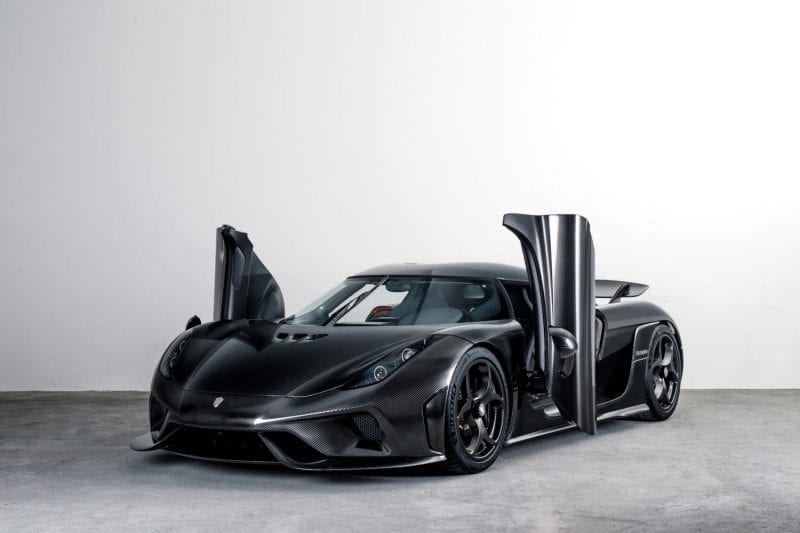 The Koenigsegg Regera, an already incredible hypercar to look at, now Koenigsegg Regera is the first car in the world finished completely in something it calls Koenigsegg Naked Carbon or KNC for short. It’s a special, incredibly time consuming and expensive type of carbon that looks fantastic but also saves weight.

The thin layer of epoxy is carefully removed by hand polishing resulting in a striking new look for carbon fiber. The body of the car becomes cold to the touch as the material is pure carbon and the sheen takes on a more metallic graphite appearance as each graphite strand is fully exposed. In addition to offering a new look that Koenigsegg describes as “a more metallic graphic appearance,” the KNC method cuts a whopping 44 pounds from the Regera and actually makes the “paint” more resistant to rock chips compared to traditional finishes. It took Koenigsegg several years to develop the KNC method. First started applying the solution to parts such as wheels, wings, splitters, winglets and steering wheels. These samples were exposed to summer heat and sun, winter wet and cold and were kept outside for several years to check if the outside elements negatively affected the surface.

According to CEO Christian von Koenigsegg, “It’s not unusual for a customer to specify their car with visible carbon fiber,” said Christina von Koenigsegg, founder and CEO of Koenigsegg Automotive. “It’s a beautiful material from a visual perspective and our customers love to show what the car is made from. KNC takes the idea of visible carbon fiber to a whole new level, revealing a beautiful luster and a very silky finish.”

This first KNC Regera was delivered to an owner in Switzerland and has gray seats in the interior with lots of exposed carbon fiber. Discover Opulent Club on Apple News.