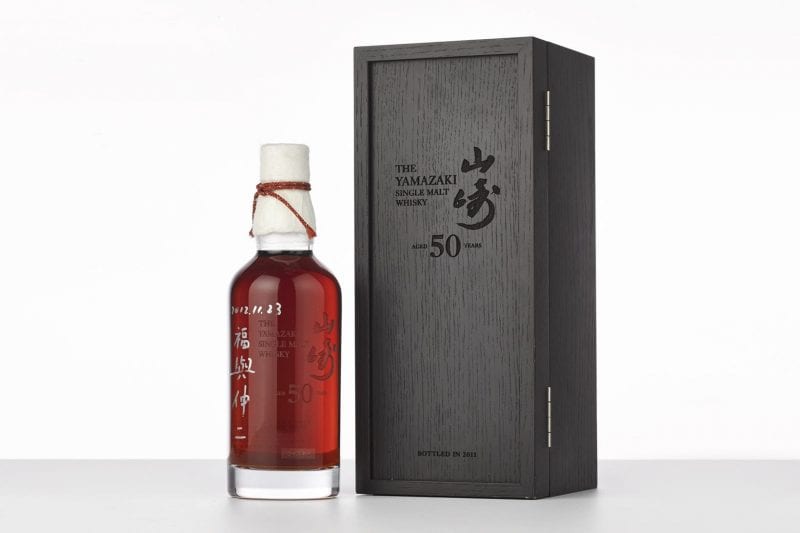 A bottle of Yamazaki 50 year-old single malt whisky has set a new record for Japanese whisky sold at auction, making $2,337,000 HKD (US$298,879) at a sale in Hong Kong. Bottled in 2011, the whisky comes in original wooden presentation case with bottle signed by Suntory’s Master Blender Fukuyo Shinji on November 23, 2012.

The superior quality of Yamazaki single malt whisky is highly acclaimed the world over as evidenced by a growing list of awards from prestigious international spirits competitions. Ever since Yamazaki 12-year-old whisky was highly praised for its “noble” aroma at the International Spirits Challenge (ISC) in 2003, Yamazaki whisky has been gaining a well deserved place in the hearts and glasses of whisky connoisseurs around the globe. Its uniquely Japanese taste was born from the innate craftsmanship and climate of Kyoto, the ancient capital of Japan.

An anonymous bidder purchased the Yamazaki, beating out ten bottles of Richebourg 1976 Henri Jayer (sold for $1,476,000 HKD, or approximately $188,766 USD) to become the priciest lot of the auction.