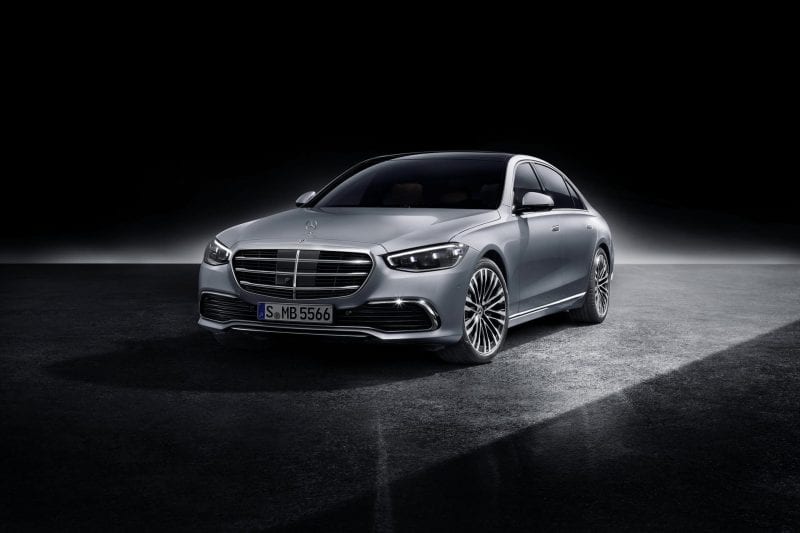 The exterior design of the new Mercedes S-Class is not going to rewrite the rule books anytime soon. It still looks like a large, traditional sedan, and it doesn’t stray too far from what the previous S-Class resembles.  Styling carefully modulates its look with more subtle strakes and lines all around its body. The grille flows into the hood more gradually, from between slimmer headlights.  The taillights get a sort of boomerang triangular look. But the whole thing is fairly understated, both outside and in. The most noticeable design change on the sides are new flush-mounted door handles that present themselves when an owner walks up to the car.

For radical change, the S-Class welcomes passengers inside the cabin. It’s an interior dominated by digital displays, composed of rectangular screens and vents that play off the dramatically simplified dash shape. Start with the new generation of the MBUX infotainment system, featuring new hardware and software. The center display is now a portrait-oriented 12.8-inch OLED diagonal screen OLED touchscreen unit with haptic feedback while the ‘Hey Mercedes’ voice assistant is now available on every seat. There’s a new fragrance system in this S-Class too, bringing with it “Bamboo Mood” and “Cotton Mood” smells.

In the driver’s seat, both the instrument cluster and the head-up display offer 3D imagery. This feature comes with two integrated cameras that precisely determine the eye position of the user in order to create the 3D effect with extremely low latency. The digital cluster has four different settings: Discreet, Sporty, Exclusive, and Classic. There is an augmented reality system that displays animated arrows onto the windshield, corresponding to a monitor with a 12.8 -inch diagonal screen.

There are also three optional screens available in the rear: two 11.6-inch entertainment displays mounted to the front seatbacks and a third removable 7.0-inch tablet in the center console as part of the Business Center Console package that controls the rear two. The interior also features expansive glass surfaces and beautifully integrated ambient lighting, which utilizes 250 LEDs tastefully integrated into door panels and throughout the cabin to reinforce visual warnings, including lane obstructions.

A set of speedy new processors enables more sophisticated driver-assistance systems.  An automatic sign recognition technology, which will trigger warnings when the driver is fastly approaching a stop sign or red traffic light with no signs of slowing down, also feature a proper Level 3 conditionally automated driving function. Including “evasive steering assist,” which will help the car avoid walking pedestrians or stationary objects at speeds of up to 67 miles per hour. The S-Class was already capable of steering, braking and accelerating the vehicle in certain situations, much like various systems available on Tesla. Active Parking Assist parallel parks for you; there are many others.

The new Mercedes S-Class will be launched with a lineup of electrified six- and eight-cylinder engines. Two models are coming to the US. The S500 4MATIC Sedan is powered by a 3.0-liter, turbocharged inline-six engine, developing 429 hp and 384 ft-lbs of torque. The S580 4MATIC Sedan has a 4.0-liter V-8 biturbo, developing 496 hp and a healthy 516 ft-lbs of torque. Both engines are equipped with EQ Boost and 48-volt technology, which provides an additional 184 ft-lbs of torque as well as up to an additional 21 hp for short periods.

Unfortunately, we don’t know how much the 2021 Mercedes-Benz S-Class will cost just yet, we anticipate it will be within the range of current models, while offering advancements on every front. Discover Opulent Club on Apple News. 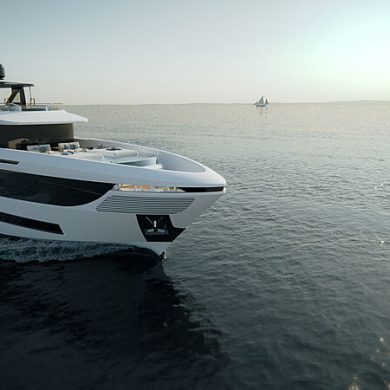