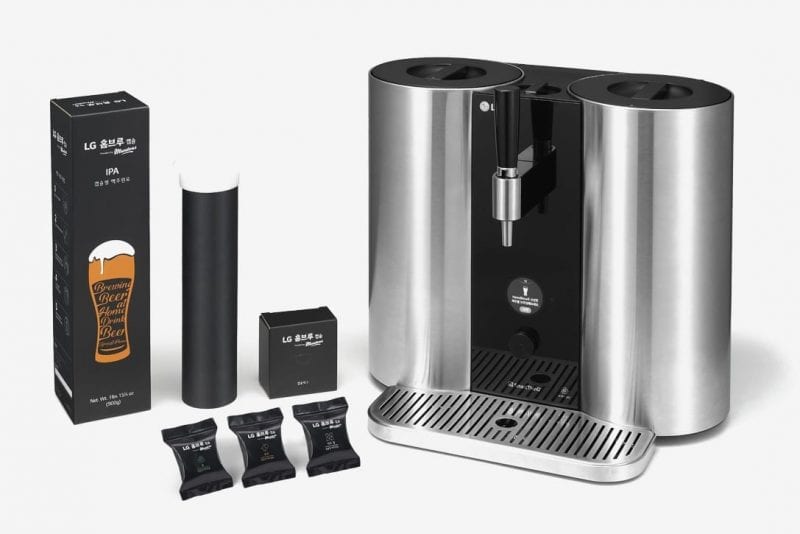 Alongside new TVs, audio equipment and fridges, LG will unveil a smart, electronic craft beer machine called the HomeBrew during CES 2019 in January. LG says that a combination of single-use capsules, an optimized fermentation algorithm, one touch operation and self-cleaning capabilities should make for “incredibly easy” craft beer production at home, similar to those used by coffee makers. You just insert single-use capsules, containing malt, yeast, hop oil and flavouring and the automated device does the rest.

It automates the whole procedure, including fermentation and carbonation. And it even has a self-cleaning function after the beer is decanted or consumed. There’s even an included companion app that’s compatible with both Android and iOS devices so you can check in on your beer anytime, anywhere. The fermenting algorithm has been developed for optimum output, monitoring and controlling temperature and pressure along the way, and the machine is reported capable of producing up to 5 liters of craft beer in about 2 weeks. So far LG has revealed that five flavors will be made available at launch – an American IPA, and American pale ale, and English stout, a Belgian-style Witbier and a Czech Pilsner.   Discover Opulent Club on Apple News.