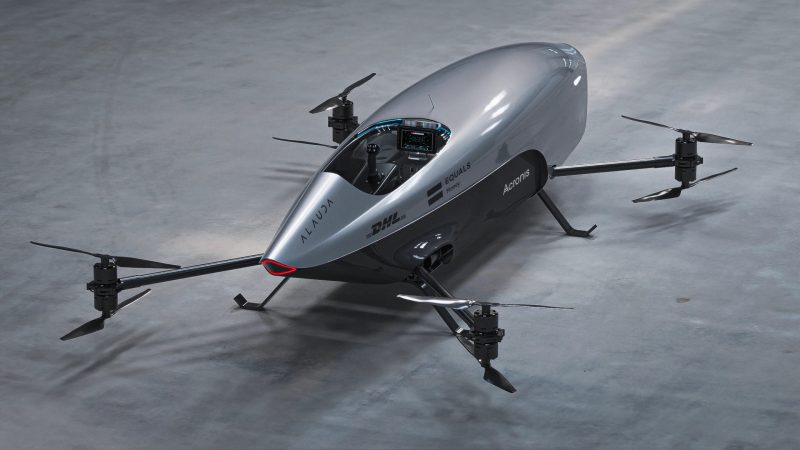 The Australian aviation firm Airspeeder and Alauda Aeronautics just announced that the new Airspeeder Mk3. It’s a full-sized, remote-controlled electric VTOL vehicle, built for motorsport. Aerial motorsport. The electric vertical taking-off and landing vehicle has an octocopter layout for the propellers one at each corner.

The company is currently building 10 of them in Australia, with the goal of supplying them to teams later this very year. Mk3 travel at speeds of more than to 75 mph (120 km/h). Inside, it’s packed with a 96kW electric powertrain that has to power 100kg of unmanned weight. It takes design cues from the classic F1 machines and features a svelte carbon-fiber frame and fuselage that’s light as a feather.

The Airspeeder Mk3 will pack the safety tech, too. It’ll sport both LiDar and radar collision avoidance systems, this tech creates a “virtual forcefield” around the Mk3 to allow for close yet safe racing.

Founder Matthew Pearson comments: ‘the unveiling of the world’s first full-sized electric flying racing car is a landmark moment in the dawn of a new mobility revolution. It is competition that drives progress and our racing series is hastening the arrival of technology that will transform clean-air passenger transport, logistics and even advanced air mobility for medical applications. The world’s first electric flying car races will take place this year and will be the most exciting and progressive motorsport on the planet.’