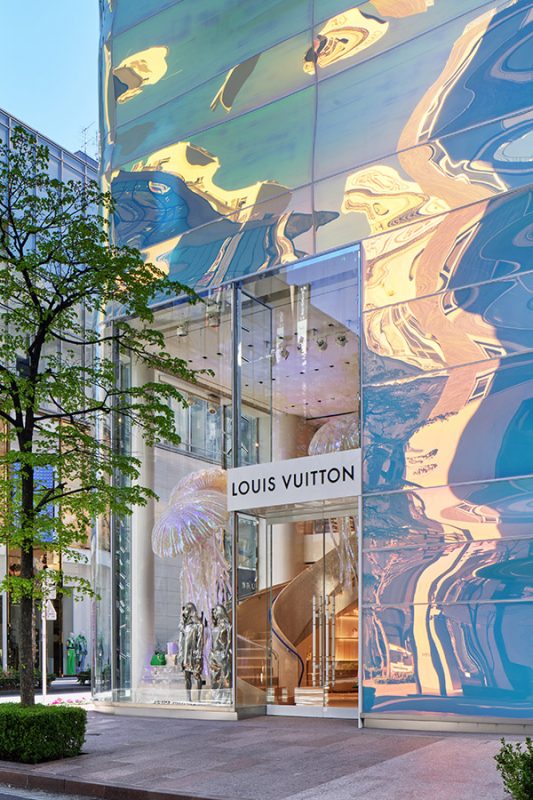 Louis Vuitton has officially announced the arrival of its highly anticipated Ginza Namiki flagship store in Tokyo’s top shopping district – and it’s a kaleidoscopic playground that’s a destination in its own right.

The store design is a result of a collaboration between two architects – Jun Aoki and Peter Marino – who were behind the famous design of the Louis Vuitton Osaka flagship. Built upon the same corner lot in Tokyo’s Ginza district occupied by Louis Vuitton since 1981, the newly revamped flagship underwent a complete transformation to reflect an entirely modern, naturalistic tower.

Its external design was inspired by the water surface of Tokyo Bay, with the exterior designed by Aoki, featuring two-layer glass walls resembling waves of water. Upon entering the store, giant jellyfish are carefully displayed, “floating” inside the store. Other water-related elements can be found inside, including in curved counters, spiral staircases and rounded furniture on the first floor.

Leading the way is a four-story feature wall showcasing a reinterpretation of a Kimiko Fujimura painting. The four-storey retail space offers a permanent pop-in space for seasonal animations of new arrivals