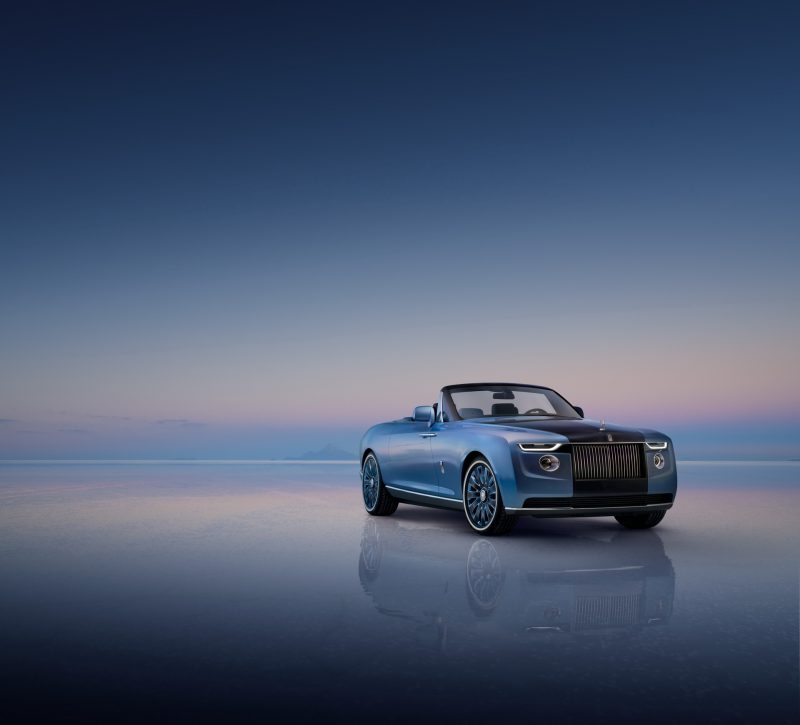 Rolls-Royce Boat Tail – The Most Expensive Car In The World

Rolls-Royce unveiled its first coachbuilding project in a long time and the first in a series of three nautically-based commissions. It’s called the ‘Boat Tail’ this striking convertible takes its name from a series of very rare Rollers from the late 1920s and early 1930s. But its closest modern relation is the one-off Sweptail coupe unveiled at Villa d’Este in 2017. The $28 million vehicle becomes the most expensive new car in the world.

Boat Tail is not just the priciest new car in the world and the next step in bespoke for Rolls-Royce, but also a true engineering wonder. Each Boat Tail has been personalized to its purchaser, who collaborated with designers for four years on the cars under the Coachbuild program.

The Boat Tail is road-legal, and Rolls claims it’s undergone all the same dynamic testing as its core models. Though it’s based on the company’s existing aluminium architecture, which took eight months to adapt to the Boat Tail’s proportions, the new car features 1,813 new and totally bespoke parts. Even the stereo hasn’t escaped untouched, with Rolls adapting the 15-speaker system to use the whole floor structure as a resonance chamber.

The Boat Tail is an special machine. The rear deck opens to reveal a refrigerator and a set of cocktail tables that Rolls-Royce notes “elegantly rotate to mimic the offering of an attendant.” The fridge has been tested in temperatures as low as -20 degrees Fahrenheit and as high as 175 degrees. There’s also space for an entire cutlery and crockery set, plus two carbon-fibre stools, a pair of cocktail tables and a striking parasol that extends upwards from the rear deck. That deck, meanwhile, splits in two at the touch of the button and, along with its running boards, is covered in something called open-pore Caleidolegno veneer, an Italian wood finish normally applied to the dashboard.

The front profile of nearly 5.8m long Boat Tail is centered on a new treatment of Rolls-Royce’s signature pantheon grille and lights. A long chrome strip runs across the front end, topping the grille and the higher-up slim set of LED headlamps. Underneath those lights are a round, recessed lamp on each end, a throwback to the previous-gen Phantom.

Inside, the front seats are covered in a darker blue hue, while the rear seats are finished in a lighter tone. A soft metallic sheen is applied to the leather to accentuate its pairing with the painted exterior while detailed stitching and piping is applied in a more intense blue.

The exterior of Rolls-Royce Boat Tail is wrapped in the client’s favorite color – blue. The wheels are finished in bright blue. A hand-painted, gradated hood, a first for Rolls-Royce, rises from a comparatively subdued deeper blue that cascades onto the grille.

The Boat Tail is a four-seat convertible with an emergency tonneau, just in case the weather turn south. The car is also provided with a detachable carbon-fiber roof that turns the Rolls into a breathtaking coupe. A lightweight aluminum hoist for the latter is, naturally, included in the package. Discover Opulent Club on Apple News.