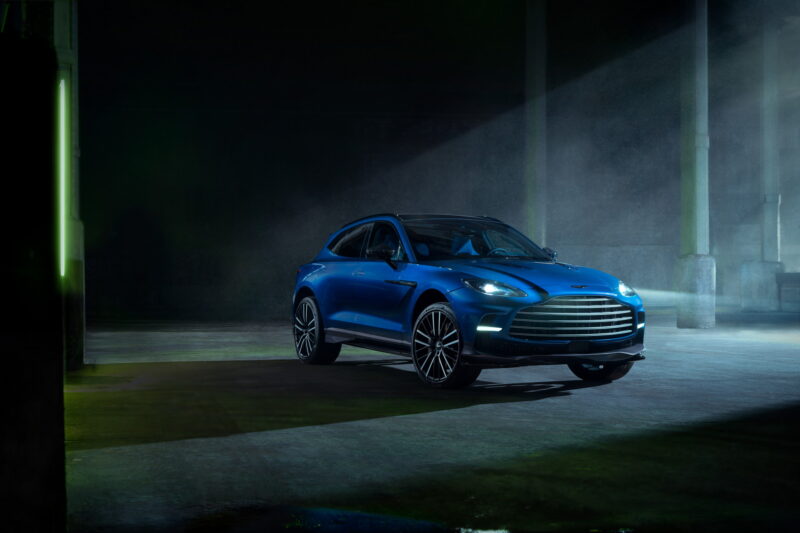 Aston Martin has finally debuted its long-awaited new addition to the DBX luxury SUV family, would not only be the most powerful SUV in its lineup but the most powerful luxury SUV on the market. Aston Martin DBX707 with a thundering 707 PS (or 697 hp) its tuned twin-turbo V8 combined with a new wet-clutch transmission, chassis upgrades, and visual tweaks. Aston says the significantly more potent engine should help the 707 accelerate from 0 to 60 mph in just 3.1 seconds.

From a design perspective, the DBX707 is sportier than Aston Martin’s other DBX variants The front end has an even-bigger grille flanked by new air intakes with LED running lights that improve cooling, different hood vents, a new lip spoiler at the top of the hatch and an awesome redesigned diffuser with quad exhaust tips and more vents. The DBX707 also gets lots of gloss black and satin chrome accents, but carbon-fiber exterior trim is optional.

Inside, it’s pretty standard DBX stuff, the DBX707 sadly doesn’t feature a new infotainment system or even a touchscreen but there are some nice changes to the interior. It has a redesigned center console with a drive mode dial, so the driver no longer has to sift through the screen to change modes, as well as buttons for functions like the active exhaust, transmission, standard 360 camera, air suspension and start/stop system. The DBX707 also gets 16-way sport seats, lots of optional Alcantara upholstery, new color schemes and available trim finishes, and dark chrome switchgear.

The DBX707 will go on sale second quarter of 2022. It’ll start at $232,000 not including destination, about $46k more expensive than the normal SUV. Discover Opulent Club on Apple News.