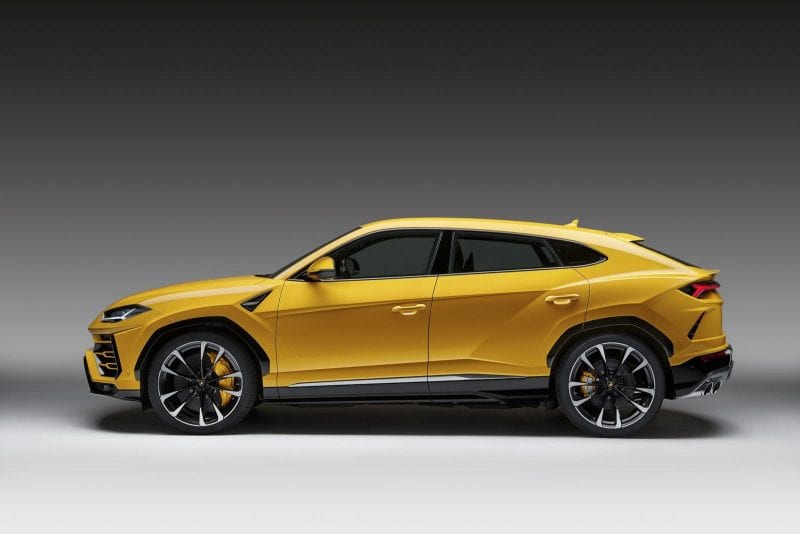 Five years after it made its debut in concept form, the Lamborghini Urus is finally here, a “Super SUV” and that might not be too far off the mark. The company first SUV Urus produces 650 horsepower (478 kW) under a weight-to-power ratio that only a supercar could boast. Carbon ceramic brakes and a switch to engage “EGO” mode tells us exactly what this SUV is for. More importantly to us, though, is that it’s the fastest SUV in the world.

On one side you have extreme Lamborghini-ness, all over everywhere. There’s the brand’s signature missile-launch toggle covering the start button. The twin-turbo V8 produces a phenomenal 650-horsepower twin-turbo V-8 engine that won’t be happy until you’ve flashed your high beams at everyone in the left lane. A 0-60 mph time of 3.6 seconds for reminding people at stoplights that you always win. A top speed of 190 mph. 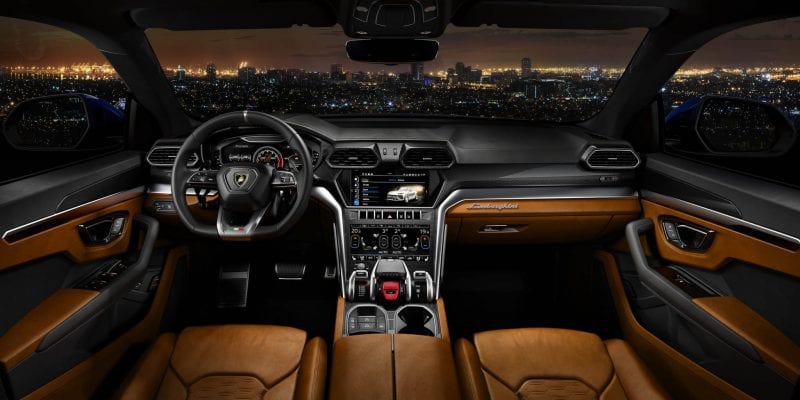 The Urus gets a trick all-wheel drive system too. In normal driving, its front-to-rear torque split is 40/60, but up to 70 percent can be sent to the front and 87 percent can go to the rear in certain scenarios. There are center- and rear-differentials that provide real torque vectoring. Oh, and it’s a practical SUV too. It seats five. 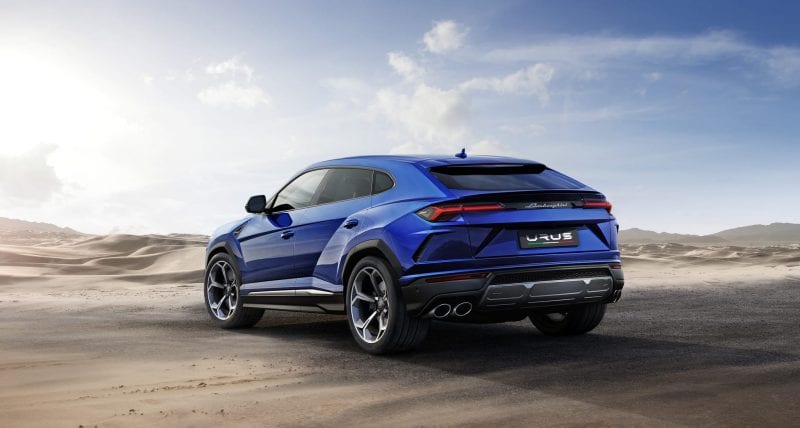 Inside, the new Urus is a four- or five-seat sport utility with luxurious fittings. Low, comfortable seating is the basis for the leather-clad insides. Elements found in current Lamborghini supercars are also present, starting with the Y-shaped dashboard and hexagonal theme throughout the cabin.

A fully digital TFT display gives an animated 3D representation of vehicle information tailored to the situation or by the driver. Options include seat massage, a true two-seat rear configuration, and several color/trim options. 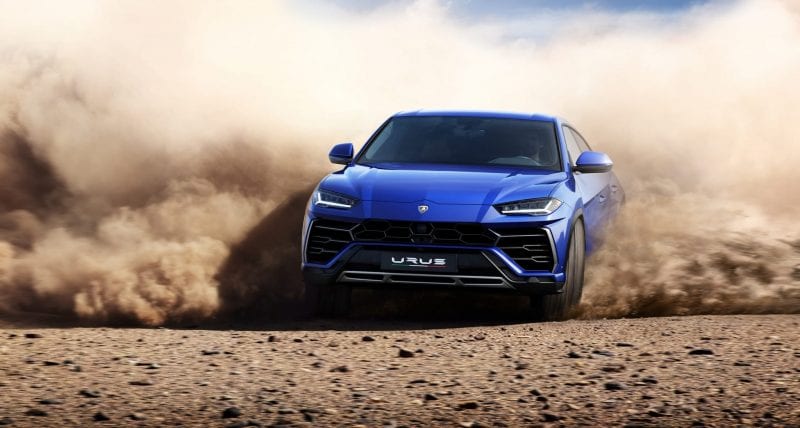 And let’s talk about the Urus’s design. There are are crazed lines everywhere, as if slashing very angry marks all over the paper could make the SUV fast enough to outrun the fact that it’ll largely be used to schlep people and groceries and small dogs with exquisite pedigrees and seven middle names. Also, the Urus’ wheel openings are an homage to those on the original Countach, and it has a gaping grille roughly the size and shape of your insecurity. 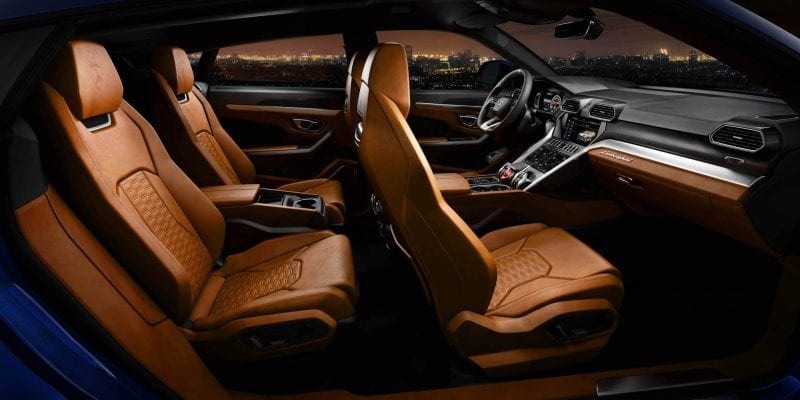