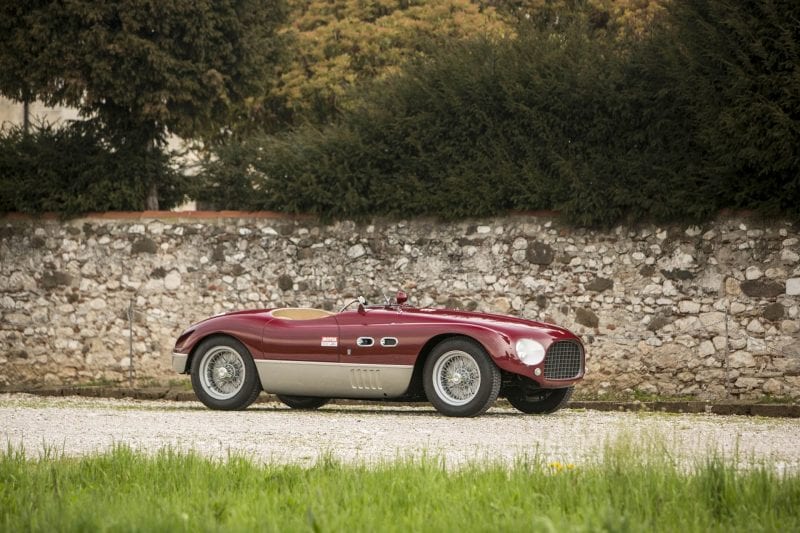 Ferrari is known for producing eight- and twelve-cylinder engines. It’s even made its fair share of V6s and were quite successful with it. This one, however, has only four cylinders set to be auctioned at next month’s in Monaco.

One of just three 625TF’s to be built, this 1953 Ferrari 625 Targa Florio is desirable for its rarity alone. At its heart sits a 2.5-liter DOHC inline-four originally designed by Aurelio Lampredi for Formula 2, where it motivated the legendary Alberto Ascari to two back-to-back championships.


Following its first race, it was slightly remodeled, with a reduction in the radiator grille believed to be the work of Scaglietti. Following a stint in South America, it ended back in Italy and was untouched until 1974 when Franco Lombardi found it in a Naples scrapyard in 1974. Restored to its former glory, the 625 TF was campaigned in more events, and it’s now coming up for auction. It remains in excellent driving condition, a track-worthy piece of automotive history.