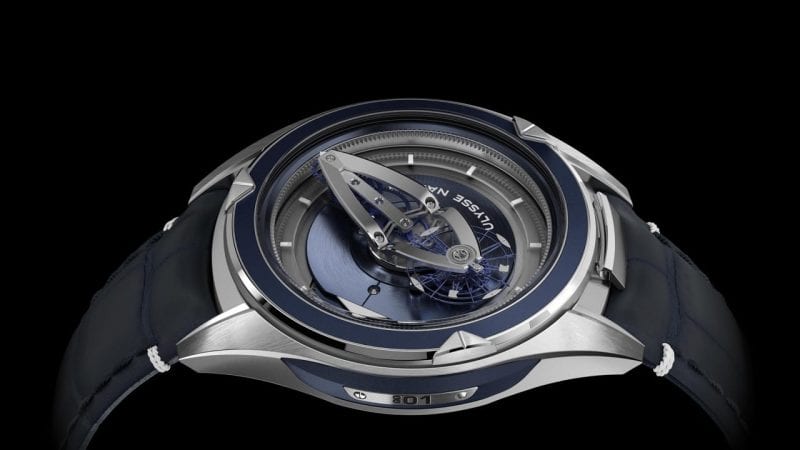 The Freak has returned. Ulysse Nardin’s Freak Vision is the first from the collection that debuted in 2001 to incorporate an automatic winding movement within the design that consists of a distinctive baguette-shaped movement and features a flying carrousel rotating around its own access. 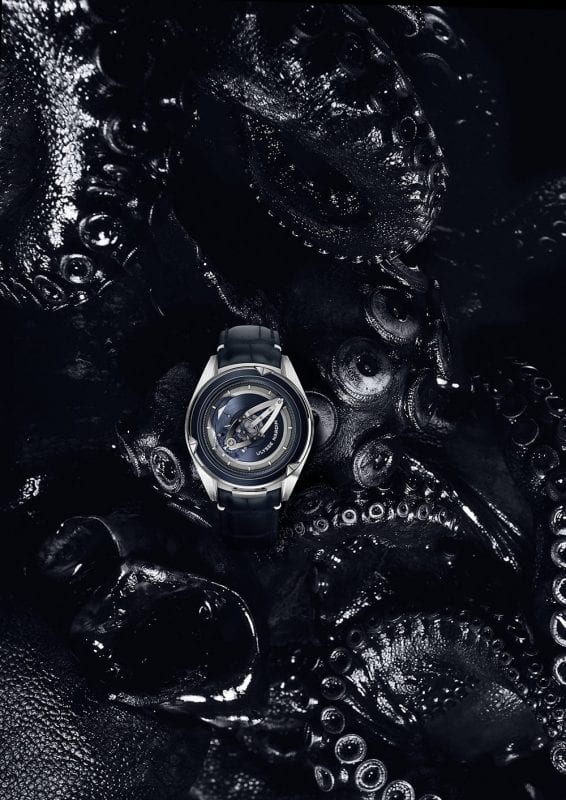 Other design tweaks that differentiate the Freak Vision from its predecessors include a new 3D-carved upper bridge that’s inspired by a boat’s hull, a box-domed sapphire that allows for a thinner middle area and bezel, and an entirely new case with the horns, bezel, and rubber on the side. 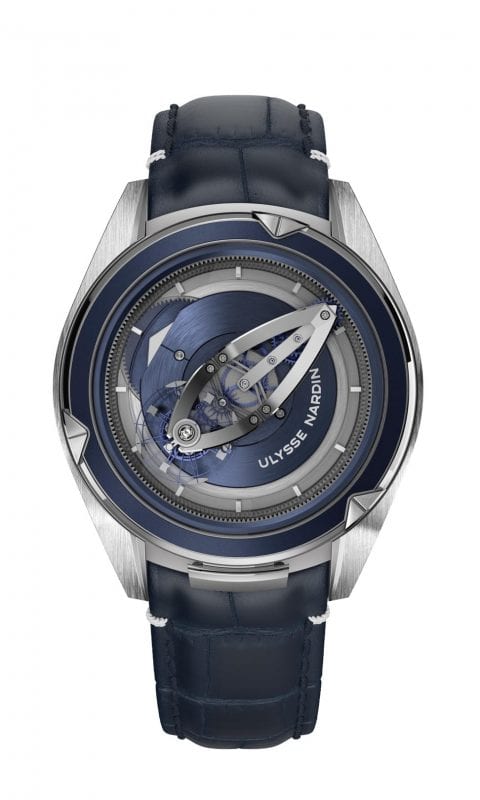 A new “Grinder” automatic winding system, which Ulysse Nardin claims “revolutionizes energy transmission, surpassing existing systems for efficiency by a factor of two,” generates energy with even the slightest movement of the wrist. “The oscillating rotor is linked to a frame containing four arms, which gives the automatic system twice the torque – like having four pedals on a bike instead of two – while a flexible guidance mechanism drastically limits friction.” 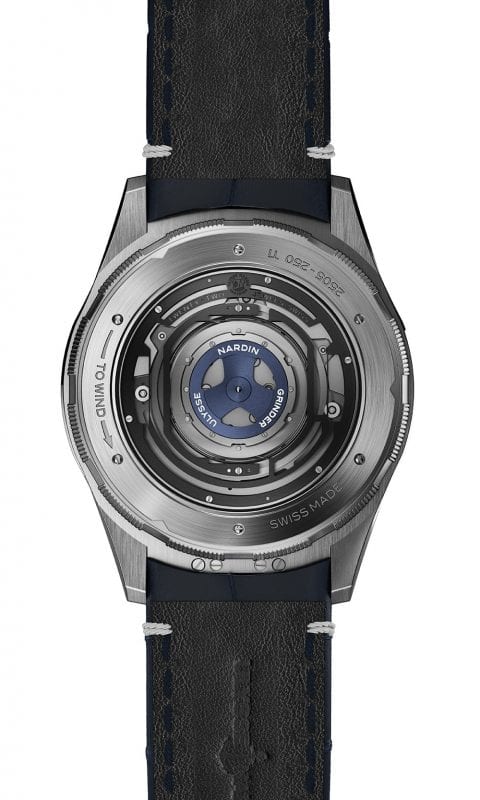 The watch, which comes in a 45mm-diameter platinum case, is priced at 95,000 Swiss francs.