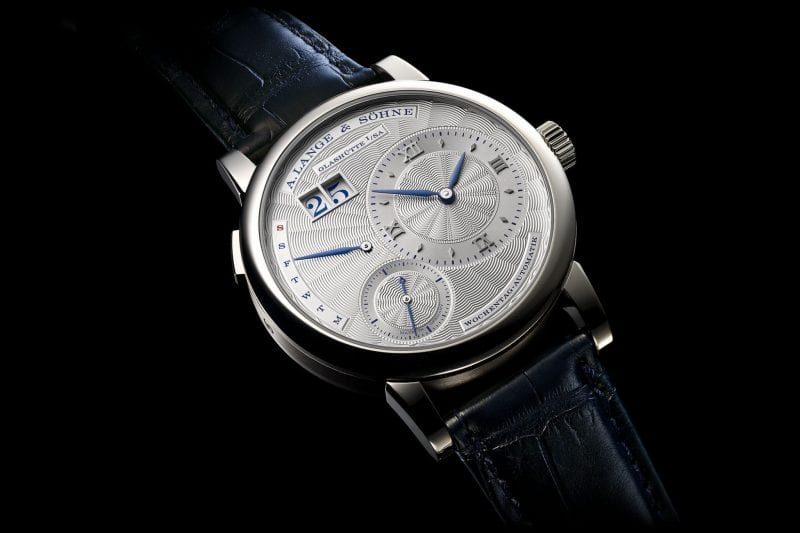 The exclusive new watch will be especially hard to obtain since the production is strictly limited to 20 pieces, and it will be available only at the Ginza boutique. Like the base Lange 1, the Daymatic features off-centre, non-overlapping displays and the iconic outsize date. Contrary to the Lange 1, all displays are mirrored and a retrograde day-of-week indicator replaces the power-reserve indicator. Powered by the automatic Lange L102.1 caliber. It beats at 3 Hz and lasts for a good 50 hours when left to run by itself.

Another small dial detail which you may have missed is the writing, all of it is in blue on this watch, with the exception of the ‘S’ representing Sunday, which is red. The celebratory model features a 39.5mm white gold case and a glorious solid gold dial with argenté finish. The dial is adorned with guilloche finish featuring a concentric wave pattern and vibrant blue accents. 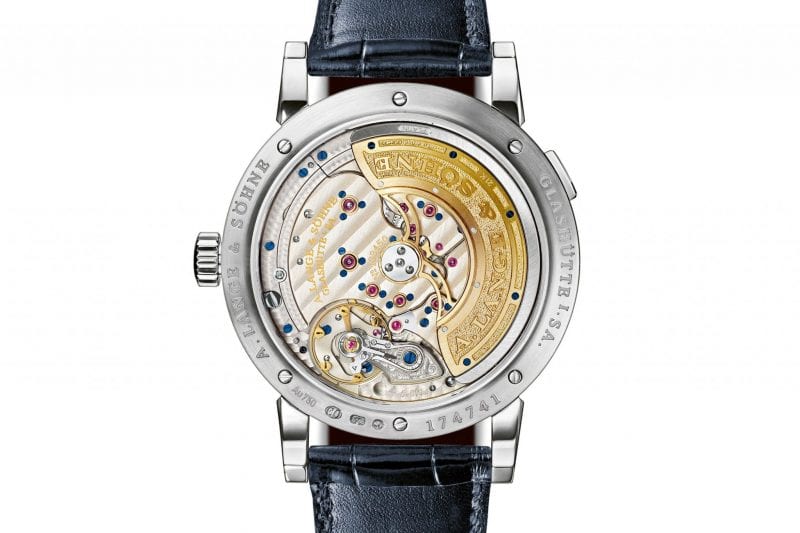 The A. Lange & Söhne Lange 1 Daymatic Tokyo Boutique Birthday Edition will be available only at Lange’s Tokyo boutique and in a limited run of 20 watches, which have most likely all been sold by now.