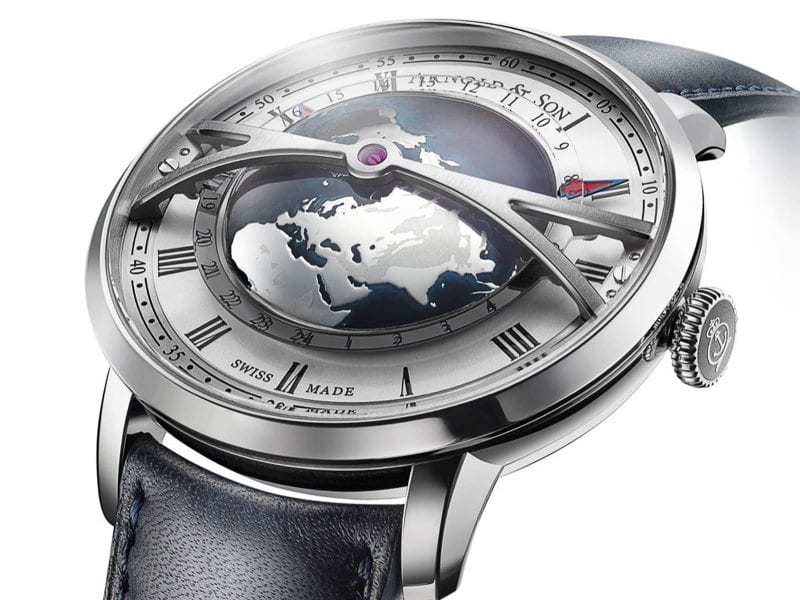 Part of the Arnold & Son Instrument Collection, the new Globetrotter introduces a three-dimensional world-time display held by a large central arched bridge spanning the entire diameter of the dial. This new model brings a new interpretation to the World Time feature, one of the most useful complications today.

At 45 mm wide and 17.23 mm at its highest point, the Globetrotter features one of the world’s largest rotating world-time display on a wristwatch. This enhances readability but, of course, raises some wearability issues for standard or small wrists. The World Time feature, which managed to become quite popular thanks to the relatively affordable models added recently to the alternatives, attracts a great deal of attention from the watch enthusiasts not only with its emotional part but with its functionality as well. 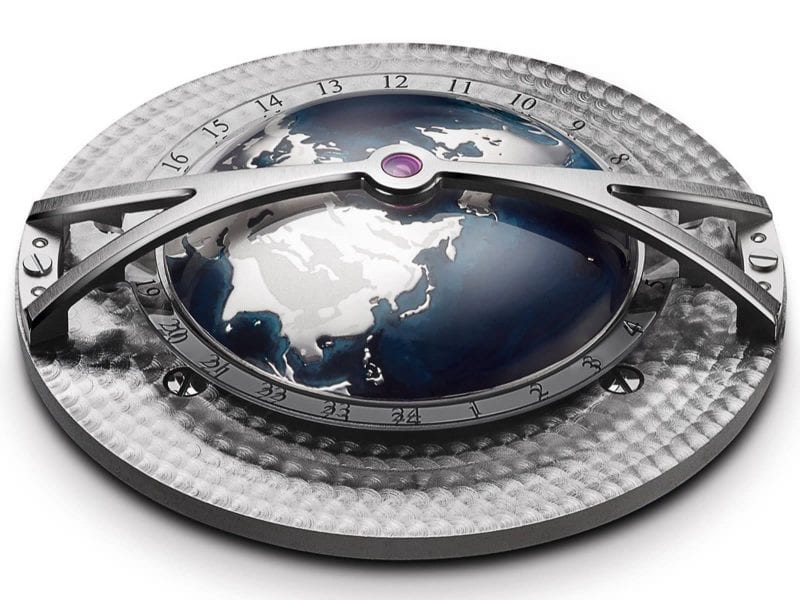 The dial is designed with a silvery white background and is equipped with a large 3D world figure on the center. This extraordinarily detailed figure is a result of forming a thin plate made of brass into a convex shape first and then etching. The figure is fixed to the dial with a four legged bridge extending between 3 and 9 o’clock position. There is a sapphire disk is mounted on to the same bridge that arcs over the globe, where you’ve got the 24-hour scale printed. Making one complete rotation every 24 hours, the world-time display is surrounded by a 24-hour sapphire disk fixed to the same bridge that holds the hemisphere; Serving as a day and night indicator, it is transparent between 06:00 and 18:00 and with a translucent metallic treatment from 18:00 to 06:00.

Arnold & Son Globetrotter is powered by the in-house Caliber A&S6022 with a central rotor engraved with a hobnail motif with a black ADLC treatment. Beating at 4 Hz (28,800 vph), the movement provides a power reserve of 45 hours.