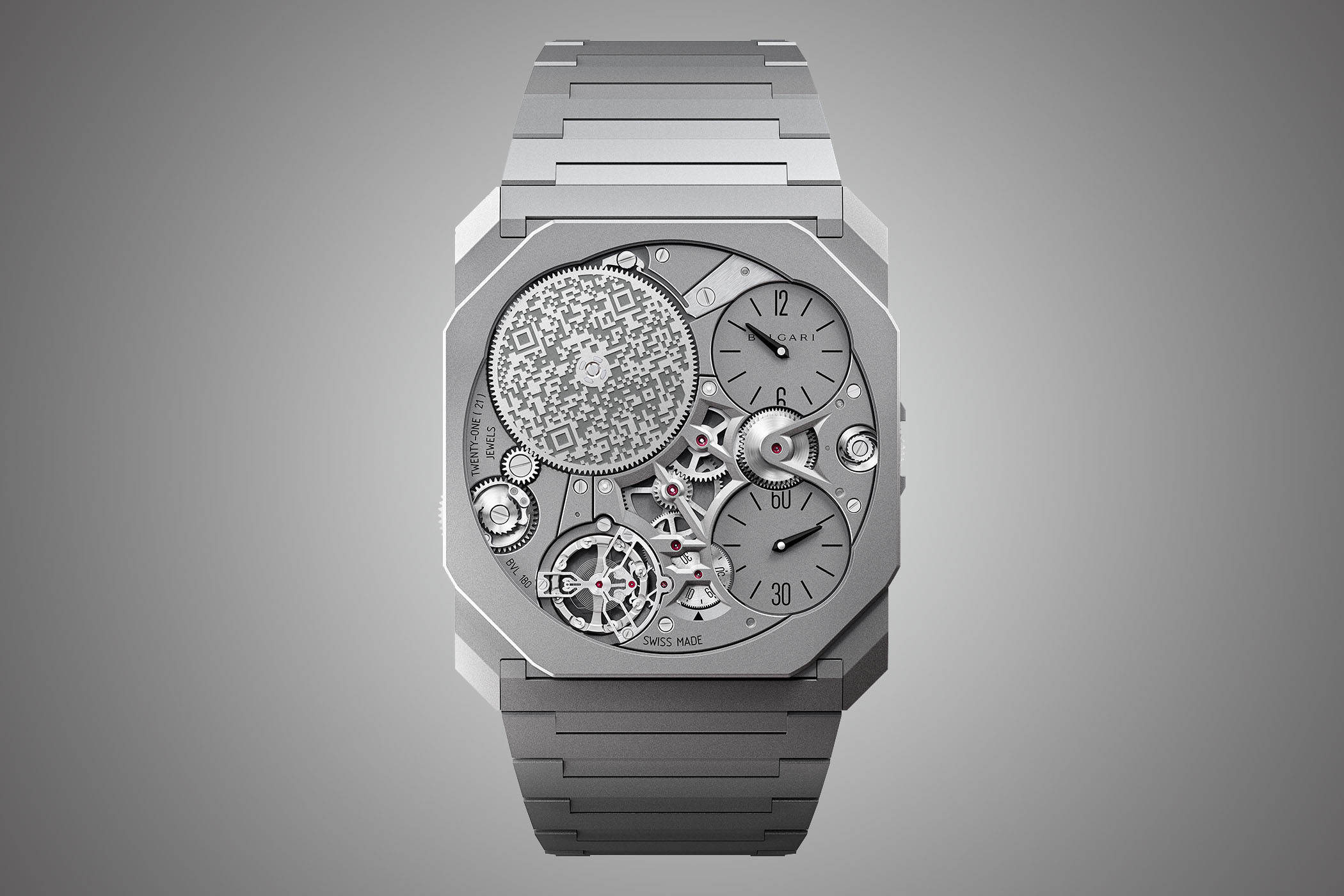 Italian luxury brand Bulgari has launched the world’s thinnest mechanical watch, the Octo Finissimo Ultra. It is just 1.8 mm thick. It is 10% thinner than the Piaget Altiplano Ultimate Concept, which at that level of development is quite something! In other words, it is thinner than a 10 cent of Euro coin (1.93mm) or about as thin as a quarter dollar coin (1.75mm).

The watch, which is being presented just in time to celebrate the 10thanniversary of the now-iconic Octo collection, holds eight patent applications, boasts a QR code engraved on the barrel’s ratchet wheel, and is being sold with exclusive NFT artwork. Just 10 will ever be made of the Octo Finissimo Ultra, which, according to Bulgari, is the final piece in the Octo Finissimo World Record series.

To achieve this exceptional feat, no fewer than three years of development were needed for Bulgari who teamed up with movement designer and producer Concepto in La Chaux-de-Fonds, start from scratch and push all the conventional boundaries.

The watchmakers at Bulgari achieved the feat by building the BVL Caliber 180 directly into the watch’s tungsten carbide case back. The calibre has all the 170 components in the movement. The watch has 50 hours of power reserve and has two thumbwheels for winding and adjusting time. It measures a scant 1.50 mm in height. Among the patents filed for this watch: glass assembly, barrel structure, oscillator module, differential display, modular structure, bracelet, bimetal case middle-mainplate-caseback, and Bulgari Singularity software.