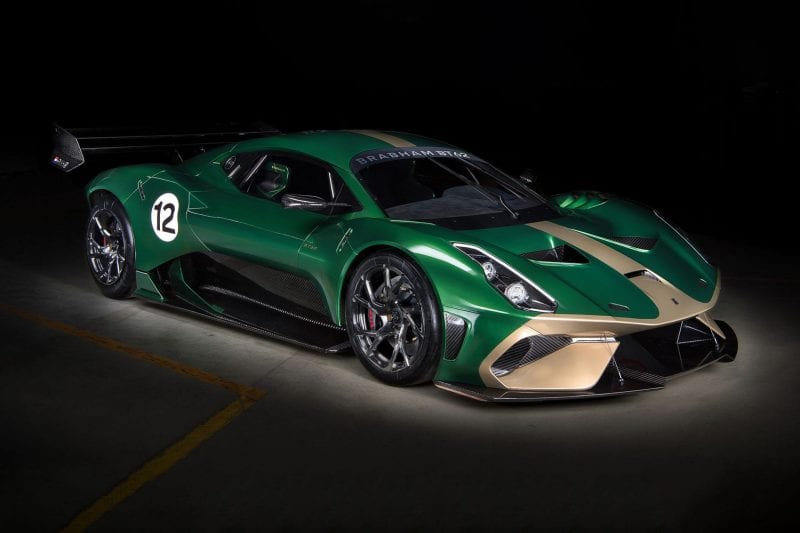 Brabham a name long associated with racing has revealed the first images of the upcoming Brabham BT62 after the car was unveiled at Australia House in London on Wednesday night, promising a road car it says is “truly worthy of carrying the iconic Brabham name.” 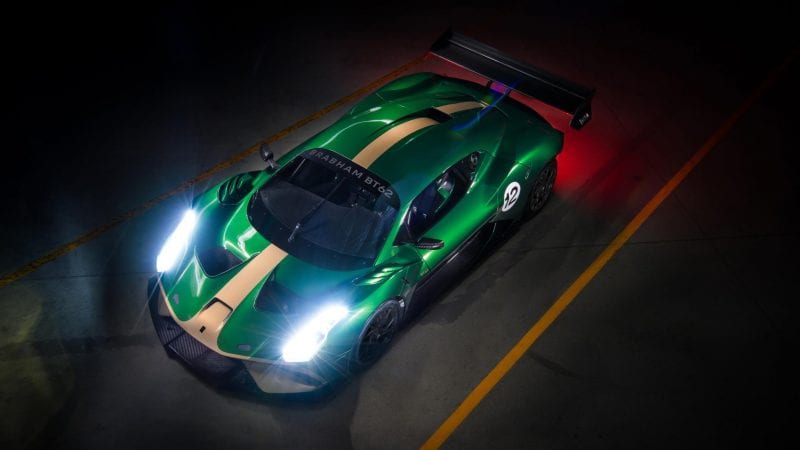 The BT62 is an all-new, track-only supercar that boasts serious performance numbers. A naturally-aspirated 5.4-liter mid-mounted V8 makes 700 horsepower and 492lb-ft of torque and sits in a carbon fiber chassis wrapped in gorgeous aerodynamic bodywork. Inside looks very purposeful but well crafted. Everything is in carbon fiber, and the seats are incredibly close together. Ahead of the racing-style steering wheel, complete with all sorts of knobs and buttons, is a screen for instruments, and in the center stack is a screen for other funtions.

Only 70 will be made with an asking price of £1 million each, (roughly $1.36 million or AU$1.8 million) and the first 35 will come in the same green and gold color scheme as the car Sir Jack the legendary Australian Formula One driver drove to victory at the 1966 French Grand Prix.