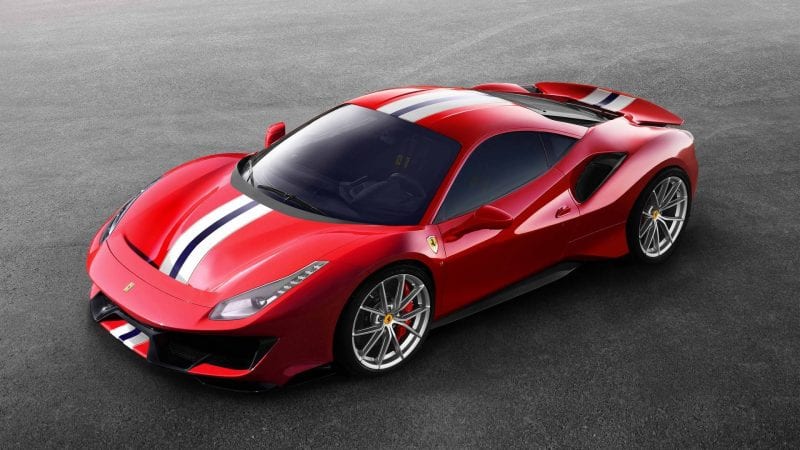 Ferrari 488 Pista Is Your Extreme V8 Ferrari With 711 Horsepower

The name Pista is a nod to its performance as means ‘track’ in Italian. Aerodynamic efficiency has also been improved for the Pista edition. Ferrari says the goal was to make the upper reaches of the new Special Series V8 “easier to reach and control,” so engineers poured the brand’s racing toolbox over the 488 Pista. Adopted is the front F1-inspired S-Duct and the design of the front diffusers which feature a ramp angle that was optimised for the 488 GTE to create strong suction for increased downforce.

The car’s underlying sense of extreme purpose is also highlighted by the adoption for the first time on a Ferrari of optional new 20” carbon-fibre wheel rims, while other carbon-fibre parts include the engine cover, bumpers and rear spoiler.

Ferrari 488 Pista will be shown next month at the 2018 Geneva Auto Show. Pricing has yet to be revealed.