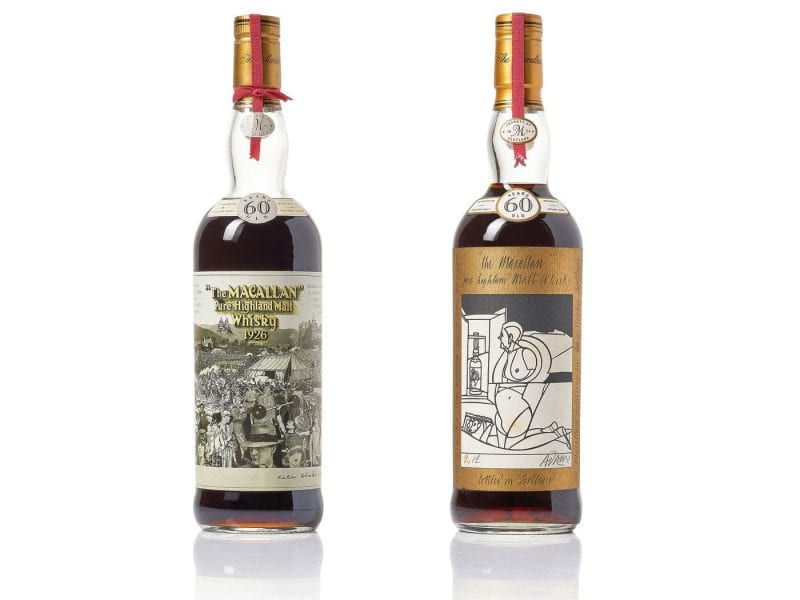 Two bottles of rare, 60-year-old Macallan whisky set a world record on Friday night when they were auctioned for a total of HK$16.6 million (US$2.11 million). 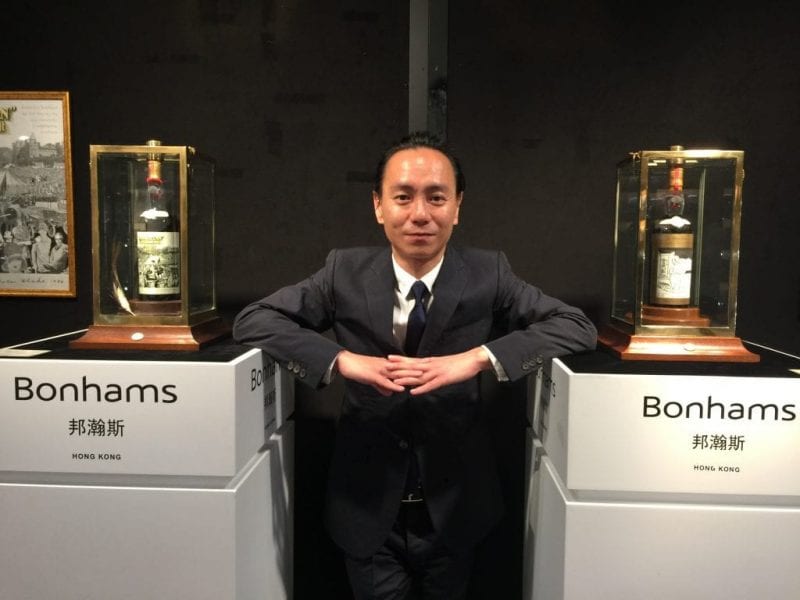 Both are 750-milliliter vintage bottles distilled in 1926 and matured in a sherry hogshead cask until they were bottled in 1986. The label for one of the bottles was designed by Blake, who is popularly known for co-creating the cover art for the album Sgt Pepper’s Lonely Hearts Club Band by The Beatles. The other bottle’s label was designed by Adami. Only 12 bottles were produced under each label.

They were originally produced as corporate gifts in specially commissioned cabinets or Tantaluses, based on the traditional ‘Brass and Glass’ distillery spirit safe. “These bottles are some of the oldest whiskies produced by Macallan in the 20th century,” said Daniel Lam On-tai, head of fine wine and whisky for Bonhams in Hong Kong.