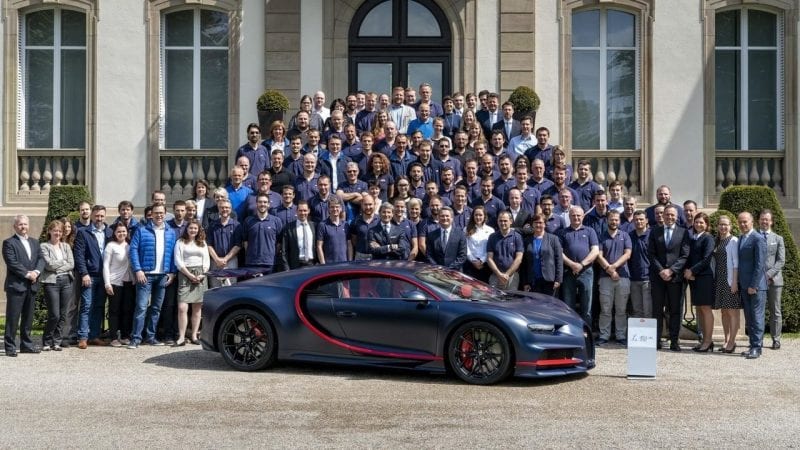 Bugatti built its 100th Chiron and it’s quite special!

French luxury carmaker Bugatti has been putting together Chirons by hand since the end of 2016. The marque is now celebrating an important production milestone. Bugatti has announced that the 100th example (out of a total of 500) of the hypercar left “L‘Atelier“ at Bugatti’s headquarters to be delivered to its wealthy customer from the Arabian Peninsula in the Middle East.

The customer decided to go with a dark blue paint scheme with matte finish – a first for a Chiron. The lovely shade is contrasted by the red Bugatti side line complemented by the brake calipers painted in a similar shade of red. Bathed in leather, the interior cabin is mostly red as well.
“This car shows that Bugatti produces highly individualised masterpieces of automobile craftsmanship that are simply unparalleled.”

This particular model was sold for $3.34 million, which is $300,000 more than its base price. While the Chiron Sport is due for limited production later this year, fewer than 6 original-spec Chiron’s are produced each month and with a production cap of 500 cars, exclusivity is guaranteed.