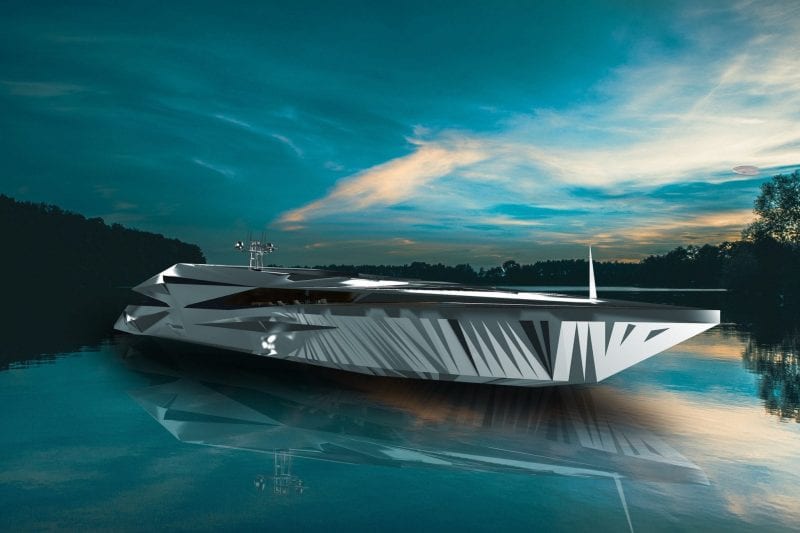 The full aluminium 65 m super yacht, is designed to have full electric running capabilities, supported by two diesel electric engines and large electric panels that cover the numerous horizontal surfaces of the superstructure of the vessel. Its shape borrows elements from the military stealth vessels, aircrafts and spacecrafts, and, together with the full electric. Lucian’s concept yacht is designed to elude detection, at least while out to sea. Angular structural modules and patterns and reflective hull surfaces intentionally minimize radar detection.

Some of the other features and amenities of Lucian’s concept superyacht include a beam length swimming pool, a lounge and a dining area. This shall be the main living area of the yacht, being connected to the main salon and the stern deck with large glass doors and walls, giving the sensation of a huge open loft like space, a chopper landing pad and, of course, the yacht’s bridge.


Keeping in mind that the Roswell is a superyacht concept, not an actual vessel under contract and construction, Lucian’s design doesn’t incorporate any alien technology. The Roswell’s design elements and operational technologies are already in use on superyachts plying the seas and oceans. 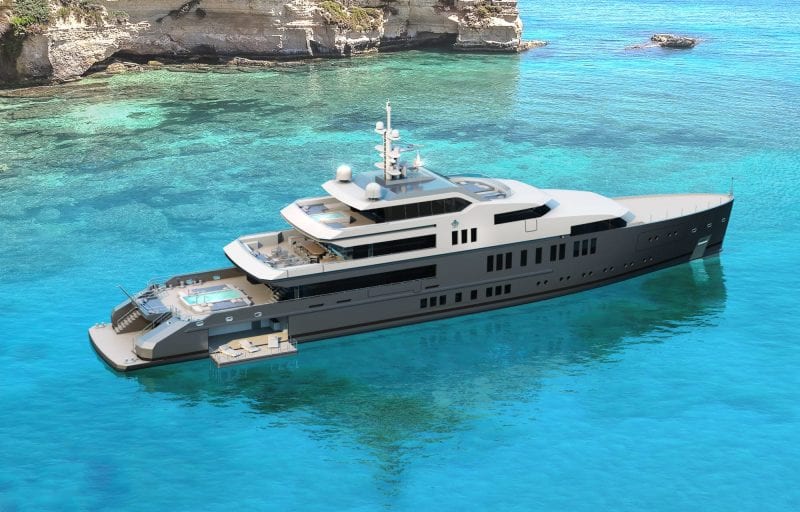