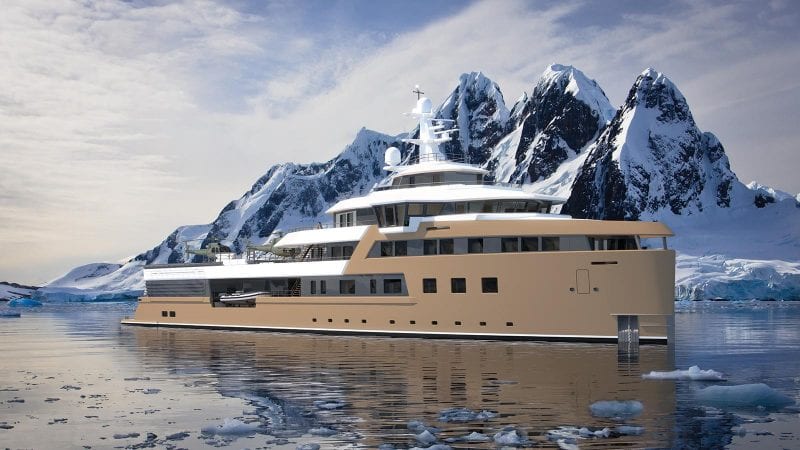 Yacht builder Damen is making preparations to ramp up production on its SeaXplorer series of explorer yachts. At the Palm Beach International Boat show was the occasion for the yacht builder to reveal that they began the construction of its 77-metre SeaXplorer 77 project. New SeaXplorer, as well as Damen Yacht Support Vessels series will be built at the Damen’s facility Vlissingen East which they used to build military vessels. 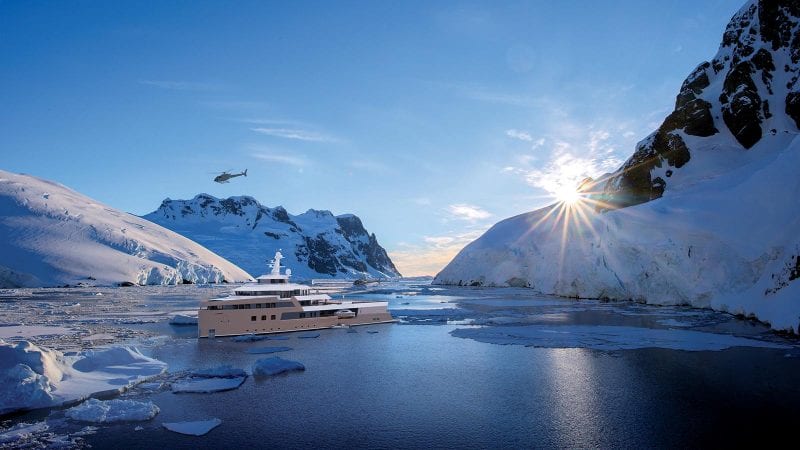 The SeaXplorer 77 has been commissioned by a client who wants to use it as a surfing, diving and heliskiing platform. This 2,700GT yacht is due to launch in 2020. Rose Damen, commercial director of yachting at Damen and Amels, stated that the SeaXplorer 77 is focused heavily on helicopter operations, so it’ll be capable of carrying 2 customized Airbus ACH125s.

Outstanding features will include a dedicated ski room with avalanche safety equipment and enough storage space for snowmobiles, Jet Skis and a 10.5 metre tender, while the reinforced ice classed hull, compliant with the new IMO Polar Code, will allow the SeaXplorer 77 to operate safely in high latitude regions. The owner is involved deeply in the design, added, “Some people think that fans of outdoor activities should stay in fleabag motels and dry their wet socks on radiators. I believe that you can combine the most active outdoor adventures and sports with ultimate comfort.”

Accommodation is for up to 12 guests and 25 members of staff, including, guides and pilots as well as the yacht’s operational crew.

Additional details are being kept under wraps for now, but it is understood that Azure Naval Architects contributed to the naval architecture, and the yacht will have an estimated cruising speed of 14.5 knots.