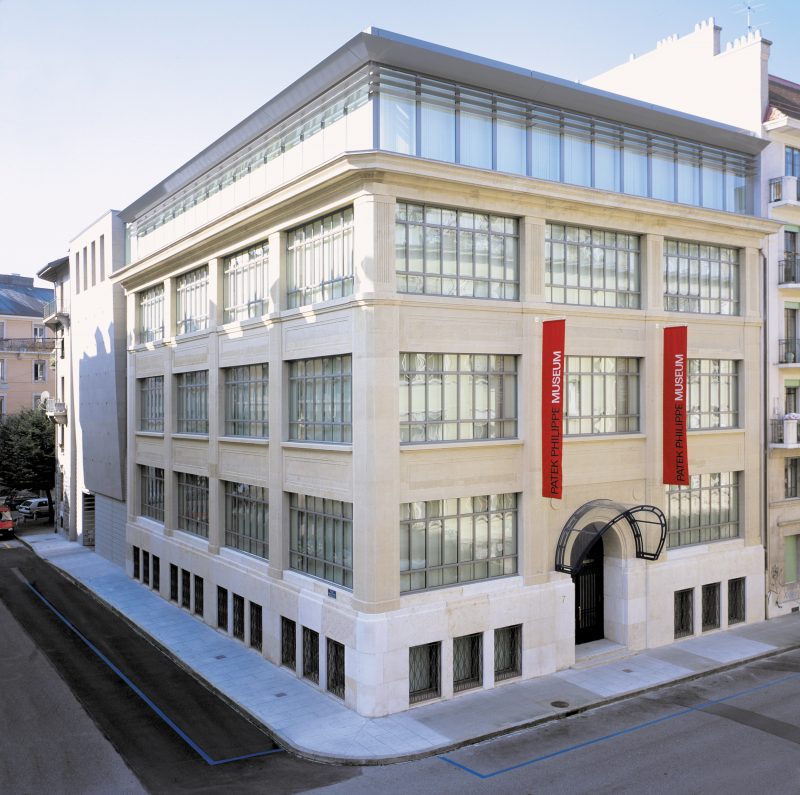 In 2001, one of the greatest museums for watch enthusiasts opened its doors in Geneva, Switzerland, the Patek Philippe Museum. Philippe Stern — who was the president of Patek Philippe at the time spent decades acquiring important timepieces, as well as other horological collectibles. There are now 2,500 watches, automata, and other horologically significant pieces that represent five centuries of Genevan, Swiss, and European horological art including many from Patek Philippe dating back 1839.

Located at number 7 rue des Vieux-Grenadiers, in the Plainpalais district of Geneva, this building had been occupied by watchmakers and artisans in the related trades throughout its history. Patek Philippe acquired the building in 1975 to house Ateliers Réunis, a production unit making cases, bracelets, and chains. In 1996 these activities moved to the new manufacturing facility nearby in Plan-les-Ouates, leaving the building vacant. Philippe Stern decided that this was where he would present his collection and between 1999 and 2001 the structure was fully restored, adding an additional floor, with strict respect for the original architecture. Mr. Stern’s wife Gerdi oversaw the interior decoration, her aim being to give the rooms the warmth and intimacy of a private residence.

Patek Philippe Museum is unique in that it offers the chance to discover five centuries of horological heritage, as well as the significance for all the decorative arts traditionally associated with watchmaking engraving, enameling, gemsetting, guilloché work etc. The collections are divided into two complementary sections: on the second floor, a tour through the history of the portable mechanical timepiece, from its origins in the sixteenth century down to the early nineteenth century; on the first floor, a survey of Patek Philippe’s most beautiful creations, from 1839 to 2000. On the third floor, a library of more than 8,000 works on horology and related subjects underlines the museum’s educational role.

In addition to the permanent collections, the museum holds temporary exhibitions, including: “Timepieces for Royalty” in 2005, “The Mirror of Seduction: Prestigious Pairs of Chinese Watches” in 2010, and “Timepieces Signed Rousseau” in 2012.

Over two decades, the Patek Philippe Museum has attracted more than 600,000 visitors, which is no surprise considering the significance and volume of the collection of horological — making it one of the most preeminent horological museums in the world. Discover Opulent Club on Apple News.