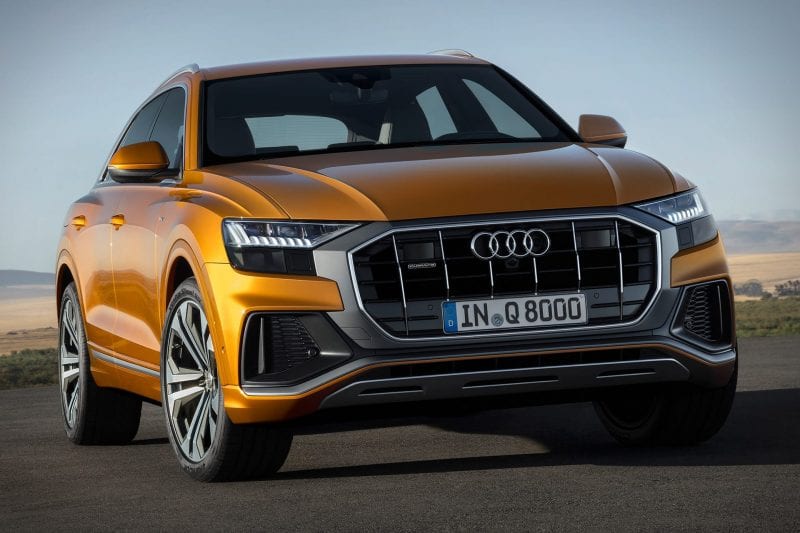 Audi’s latest Q-ship has landed as a smaller, sportier, and—due to the number 8 in its name—pricier alternative to the Q7. Outside is a design dominated by an octagonal single-frame grille and a light strip connecting the taillights with a black surface underneath that recalls the original Audi quattro. 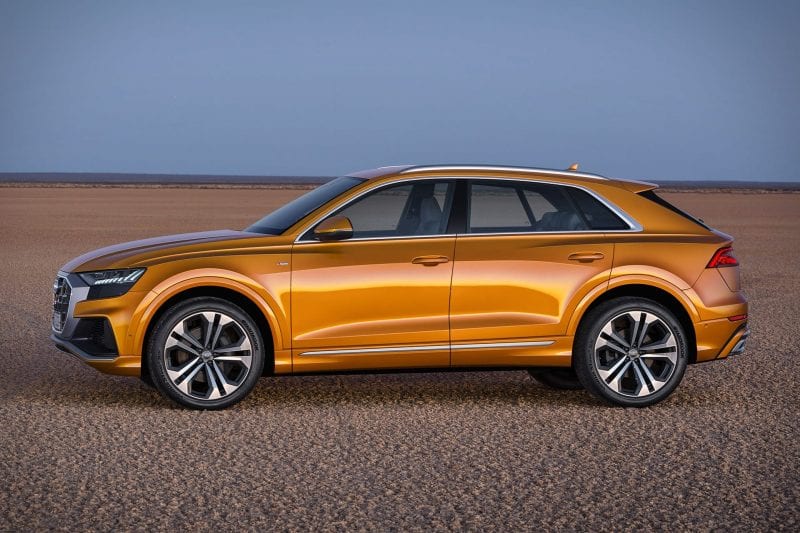 On the interior, Audi overhauled its infotainment operating system, featuring haptic and acoustic feedback when the screen is tapped. Users can personally configure the system to improve usability. Other connectivity features include wireless smartphone charging capability, as well as an available Bang & Olufsen 3D sound system.

With standard four-wheel-drive, the Audi also gets a new mild-hybrid system, which enables the engine to save gas by quickly starting and stopping when at rest.