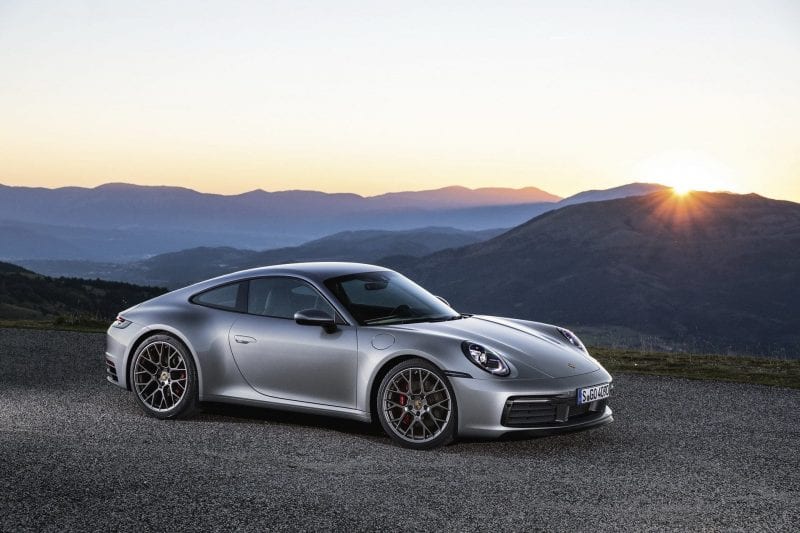 The all-new, long-awaited, and highly-anticipated 2020 Porsche 911 Coupe, unveiled at the Porsche Experience Center in Los Angeles. The pair pack updated styling, more power from a turbocharged flat-six and a new interior that borrows heavily from the new Porsche Panamera and Porsche Cayenne.

It’s powered by a turbocharged flat-six engine developing nearly 450 hp, sent to the ground via a new eight-speed dual-clutch transmission. The car’s all aluminum bodywork is wider than before, with the front growing by 1.77 inches. The rear of the Carrera S is now as wide as the Carrera 4, 4S and GTS models. 20-inch wheels are available up front, while rear wheels increase to 21 inches. At the front, the new Porsche 911 looks largely the same as the outgoing model. Alterations include new headlights, revised air intakes, and different horizontal LED daytime running lights. All models come with a full-width LED taillight.

Inside a new interior that borrows heavily from the new Porsche Panamera and Porsche Cayenne. Porsche has incorporated a new instrument cluster, revised switchgear, and a larger 10.9-inch infotainment display. Porsche says the more angular design of the dashboard was inspired by the 911s from the 1970s. Technological highlights include a new “Wet” mode that detects moisture on the road and adapts for added safety, an available thermal imaging camera, and “swarm intelligence” navigation.