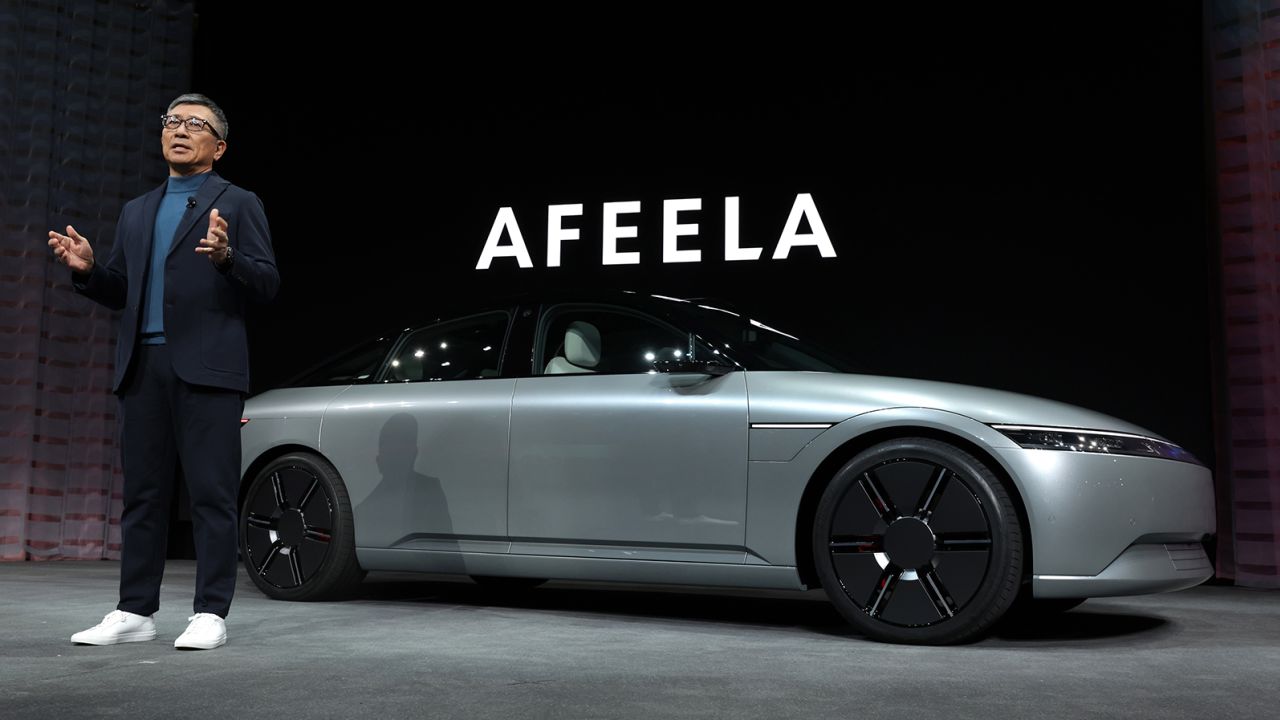 Honda and Sony have announced their jointly developed car will be sold under the newly developed Afeela brand. The 50-50 joint venture unites Honda’s know-how in autos, mobility technology and sales with Sony’s imaging, network, sensor and entertainment expertise.

A High-Tech and minimalist cabin, features a large display that spans the width of the interior.  It’s broken up into multiple sections as displays for the digital side mirrors are on the outside edges, while an expansive digital instrument cluster resides in front of the driver. To the right is an infotainment system, which flows into a display for the front seat passenger. Sony also plans to leverage its experience in entertainment for Afeela and introduce a new HMI, short for Human-Machine Interface.

The exterior will feature a Media Bar on the outside, letting you display content to surrounding people. And that’s the least exciting tech feature of the Afeela. Sony also highlighted its electronics expertise by focusing on the car’s sensing and infotainment abilities. The vehicle will have 45 sensors for autonomous driving and will include advanced entertainment options within the car. Eventually, the Afeela might become a self-driving electric vehicle, with the help of sensors and software from Sony’s announcement. Powering the experience is Qualcomm’s Snapdragon Digital Chassis System-on-Chip (SoC), which will deliver 800 TOPS of performance.

According to Sony’s, the car will start US preorders in the first half of 2025, and the first shipment will be delivered to North American customers in spring 2026. Discover Opulent Club on Apple news.