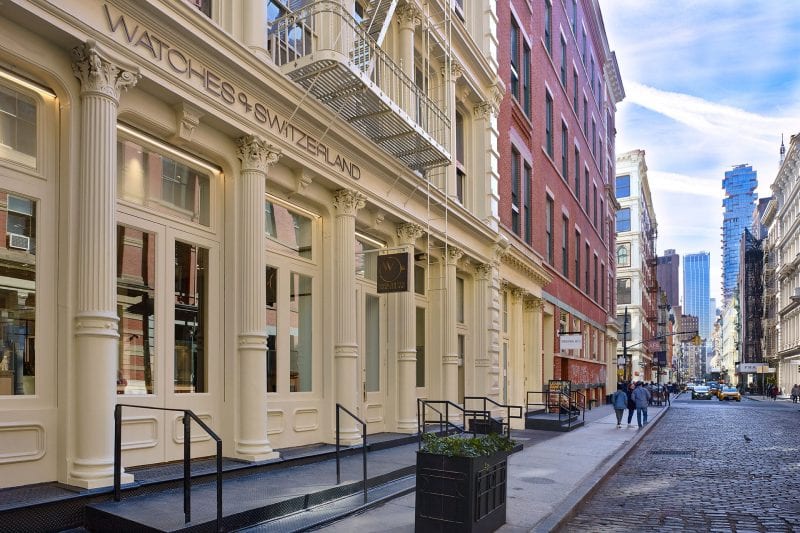 In keeping with the Downtown New York vibe, the 8,000-square-foot boutique is not only home to the world’s top timepieces from brands like Patek Philippe, Rolex, and Cartier. Jointly designed by New York City’s MNA and CAPELO Design Ltd. in London, the two-story flagship has a lower level that’s been built out to resemble a decadent residential den—and presumably coax watch lovers into hanging out. But it’s much more than a luxury watch shop you’ll also find a library dedicated to the history of horology, a gallery space conceived with NY art foundation Aperture, which will curate a rotating selection of works for sale from its limited-edition print program, and a full bar with timepiece-inspired cocktail menus created by the most influential bar in New York: Death & Co.

“We were puzzled as to why there were not many watch retailers in Soho given the luxury environment,” says Watches of Switzerland CEO Brian Duffy. “There’s been no big developments of flagship stores that appeal to a younger audience and that’s very much what we’re about. We’ve really adapted the store for the environment.” Discover Opulent Club on Apple News.