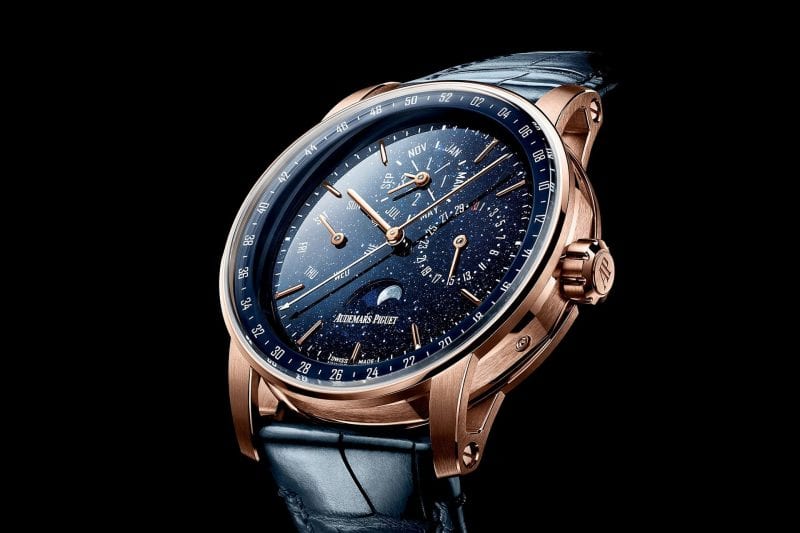 Audemars Piguet has spent the last six highly profitable years coming up with an antidote to its all-persuasive Royal Oak, the new line of CODE 11.59 watches is Audemars Piguet’s latest future-looking collection. It is the epitome of the trendsetter comfortable in its own skin, in a brave new world where the only thing constant is change.

If the name CODE 11.59 sounds pretty cool by itself, Audemars Piguet also uses it as an acronym to present the watch:

Challenge -Challenge the limits of craftsmanship
Own – Our roots and legacy
Dare – To follow firm convictions
Evolve – Never stand still
11.59 – The last minute before a new day

The new line marks a departure from the Royal Oak and reflects AP’s desire to create something genuinely new in the 21st century. Each of the six models is built around an entirely new 41mm case, with a thin round bezel to which the lugs are attached, an octagonal midsection with polished and brushed finishes, and a circular caseback, with just a sliver of space between it and the lugs.

Amongst the most notable features of the CODE 11.59 are the three newly developed calibres. The first two are more significant, being built on a new production line in Le Brassus. One is the cal. 4302, a 32mm automatic movement with a 70-hour power reserve. It is larger than the widely used, current in-house automatic cal. 3120, and also has a longer power reserve.

More crucial is the cal. 4401, the first in-house automatic chronograph movement by Audemars Piguet. It has an integrated chronograph mechanism with a column wheel and vertical clutch, as well as an instantaneous date and 70-hour power reserve. The third new movement is the cal. 2950, a flying tourbillon with automatic winding.

The collection is limited to just 2,000 total examples for 2019 but could come to represent as much as 20% of the company’s output over time.   Discover Opulent Club on Apple News.