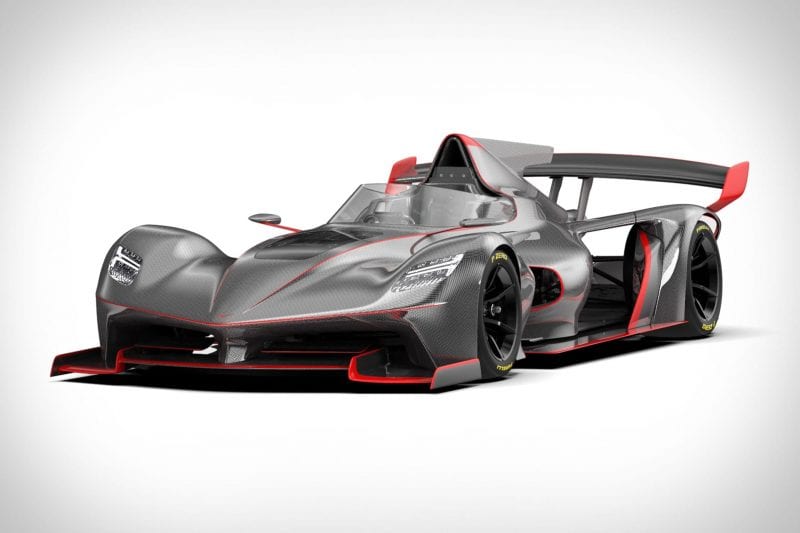 Vandal One An American Track Car

Those looking for a track-only toy with money to burn have plenty of options nowadays. Companies such as BAC, Ariel, KTM, and Radical offer an assortment of models catering those in the market for a raw sports car engineered for track days. Now an American-made single seater has been designed to give Lewis Hamilton’s F1 car a run for its money.

The Vandal One based in Detroit, Michigan, Vandal starts with a full carbon fiber monocoque chassis and F1-inspired pushrod suspension design. At the heart of the One is a Honda-sourced 2.0-litre turbocharged four-cylinder found in the Civic Type R, making 340 horsepower in standard tuning and a massive 560 in the One R. It has been extensively modified, obviously, with forged internals, a bigger turbo and more powerful injectors, among many other things, and is now claimed to rev to 9,100rpm.

The engine is mated to a sequential six-speed transmission by Sadev that can complete shifts in 40ms. The carbon fiber bodywork produces over 1,700 pounds of downforce and is completely independent of the chassis, meaning it can be changed or upgraded as necessary. Since it was conceived exclusively for the track, the Vandal One comes with a handy companion in the form of an advanced cloud-based telemetry system able to record just about every type of info drivers would want. Real-time engine and chassis data will be accessible, as will be what the company referrers to as the “world’s first remote driver coaching app and program.”

Vandal will sell the base 340 hp One for $119,700 but has yet to release pricing for the more powerful versions. Pre-orders for One are open now with a $1,000 deposit. Vandal.