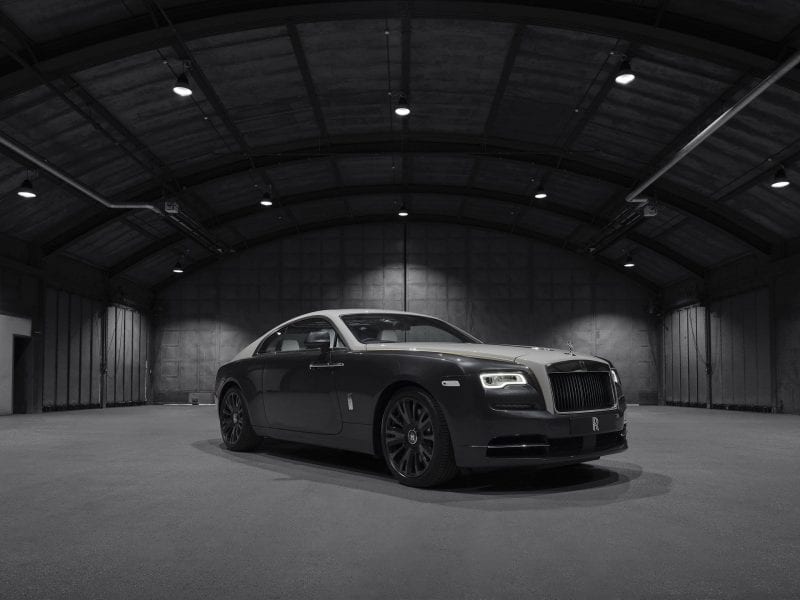 The nameplate will have a limited production run of just 50 units, with each car telling the epic tale of one of “one of the most pivotal moments of the 20th century,” – The story behind the flight is fascinating: Captain John Alcock and Lieutenant Arthur Brown flew all the way from St John’s in Newfoundland to Clifden, County Galway, Ireland, in a WWI Vickers Vimy bomber.  The bi-plane was powered by twin 20.3 litre, 350 bhp, Rolls-Royce Eagle VIII engines. This remarkable engine lends its name to the Collection of highly-bespoke motorcars.

According to Rolls-Royce, the radio and navigation systems froze at high altitude, which blinded the pilots in the nighttime sky, forcing the pilots to “fly by the stars” in order to reach the coast of Ireland from their departure location in St. John’s, Newfoundland.

The exterior of the Wraith Eagle VIII Collection Car is inspired by Alcock and Brown’s compelling night time adventure. The body features a two-tone Gunmetal and Selby Grey aesthetic, while the car’s black grille also nods to the Eagle VIII engines that powered the plane. Meanwhile, the wheels are part polished with a translucent shadow finish.

The interior is finished in grey and black leather with brass accents, but it’s the detailing that’s key. Selby Grey and black leather throughout, ‘RR’ monograms embroidered in brass colored thread onto the headrests, a brass plaque with Churchill’s quote and Smoked Eucalyptus wood. ”I do not know what we should most admire – their audacity, determination, skill, science, their aeroplane, their Rolls-Royce engines, or their good fortune.” The dash-mounted clock even receives an iced background effect glowing green at night designed to imitate the plane’s frozen-over instruments and the green glow from the control panel.

The theme extends to the headliner. While drivers and passengers look ahead, they see the land below; looking upward reveals the starlight headliner features 1,183 starlight fibres portray the celestial arrangement at the time of the flight in 1919, the flight path and constellations are embroidered in brass thread.

No pricing details have been revealed for the Wraith Eagle VIII. Discover Opulent Club on Apple News.