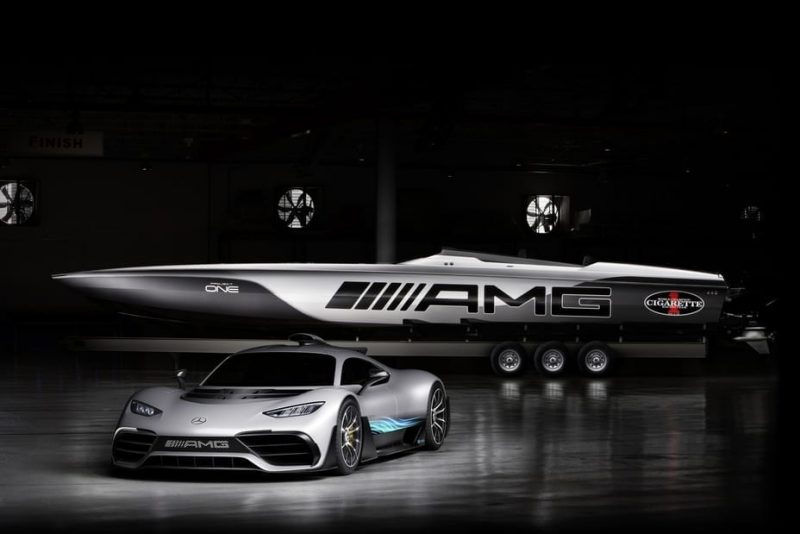 Mercedes-AMG’s Project One hypercar, which is set to production this year, has served as the inspiration for the latest speedboat from AMG’s partner on the seas, Cigarette Racing. It’s called the 515 Project One, and like the car, it’s silver, and it’s fast. 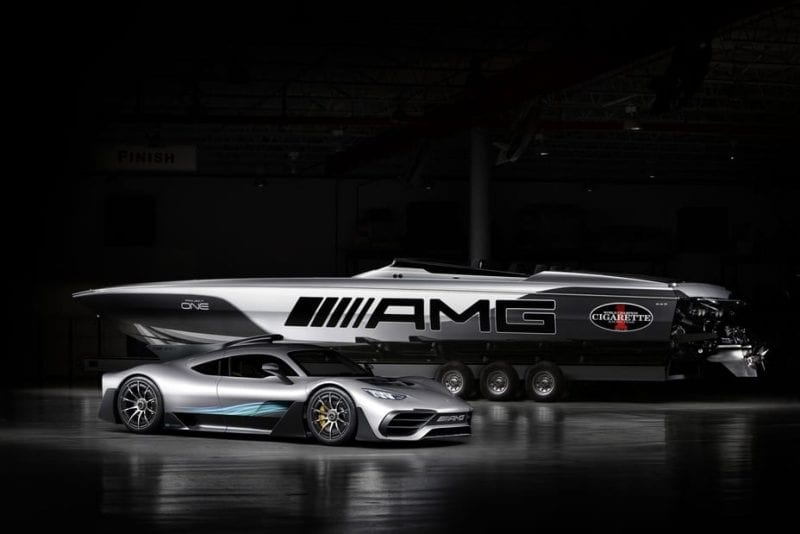 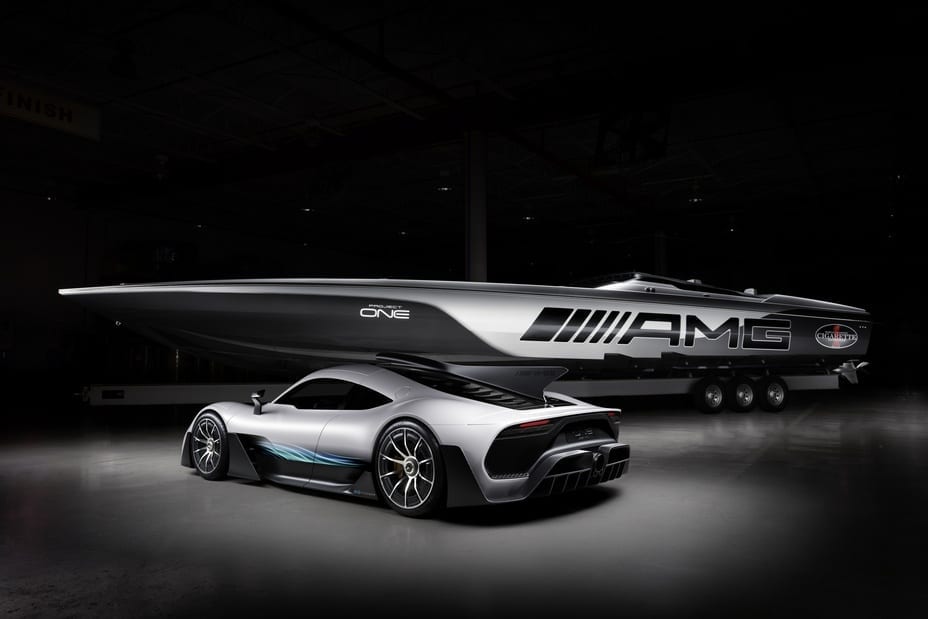 515 Project One based on the flagship Marauder series of boats. The Project One is destined to be AMG’s fastest car, powering the boat is a pair of Mercury Racing engines. They’re twin-cam V8s that each make 1,350 horsepower on 91-octane fuel, and 1,550 on racing fuel, total output of between 2,700 and 3,100 horsepower, the boat can reach speeds of over 140 mph. Like most Marauders, the 515 Project One stretches over 50 feet in length, uniquely it has a widened beam of almost 10 feet to provide more space for passengers. Cigarette Racing says the boat seats six comfortably. 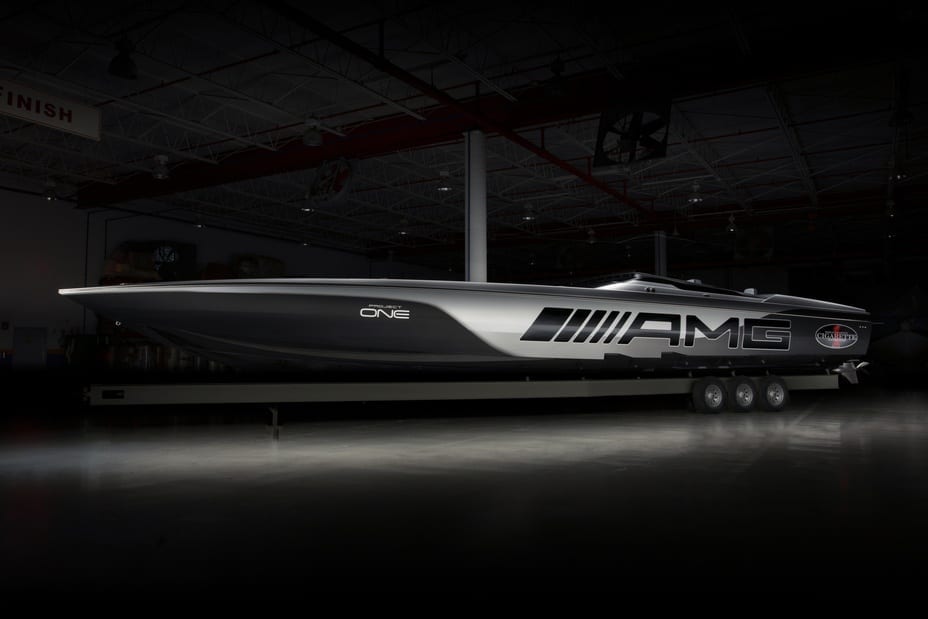 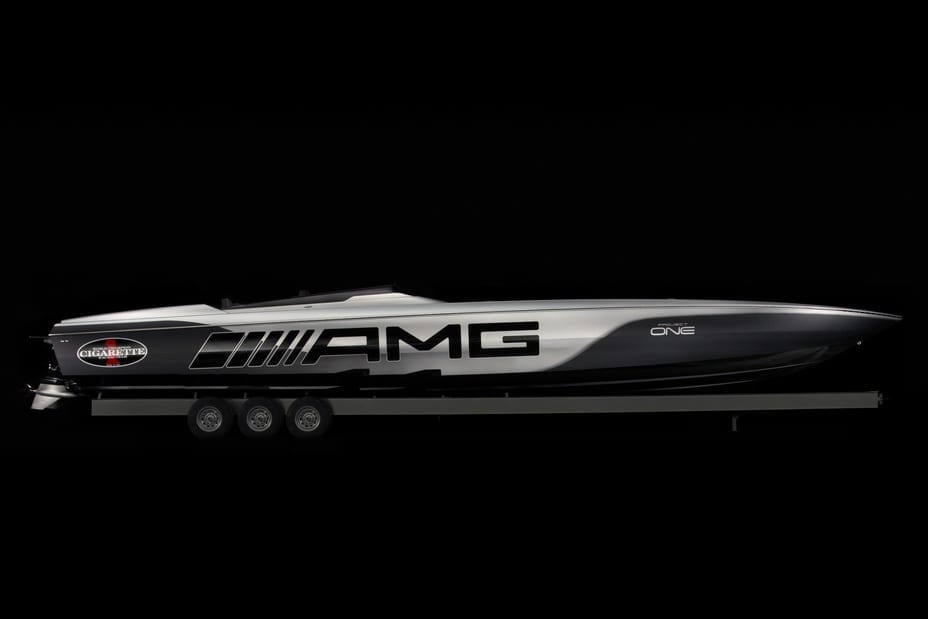 Project 515 is faster and lighter proportionally than the preceding AMG-Cigarette boat, named the Marauder and which was 1,300 lighter than its predecessor, even though this latest boat is bigger with more seating. 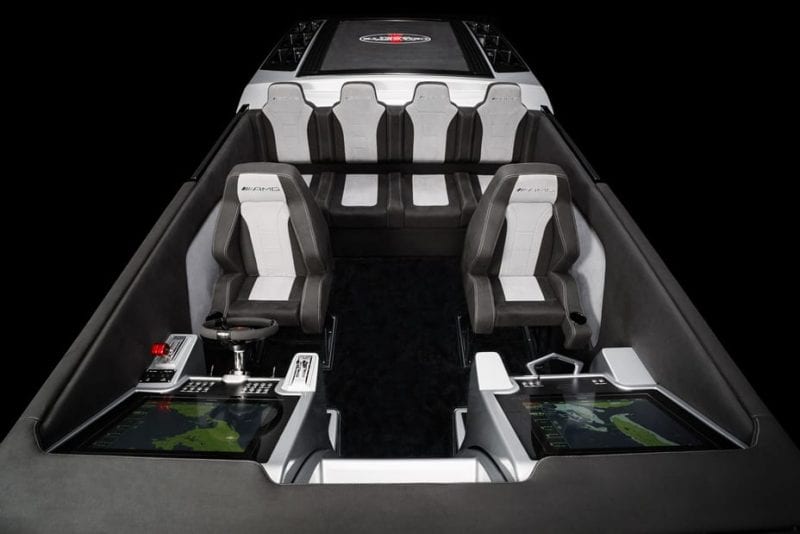 “As the hottest and coolest supercar we’ve ever created, the Mercedes-AMG Project ONE was our source of inspiration for the impressive new Cigarette Racing 515 Project ONE,” said Gorden Wagener, Chief Design Officer, Daimler AG. “Both embody Performance Luxury at its absolute best, and are destined to become design icons.” 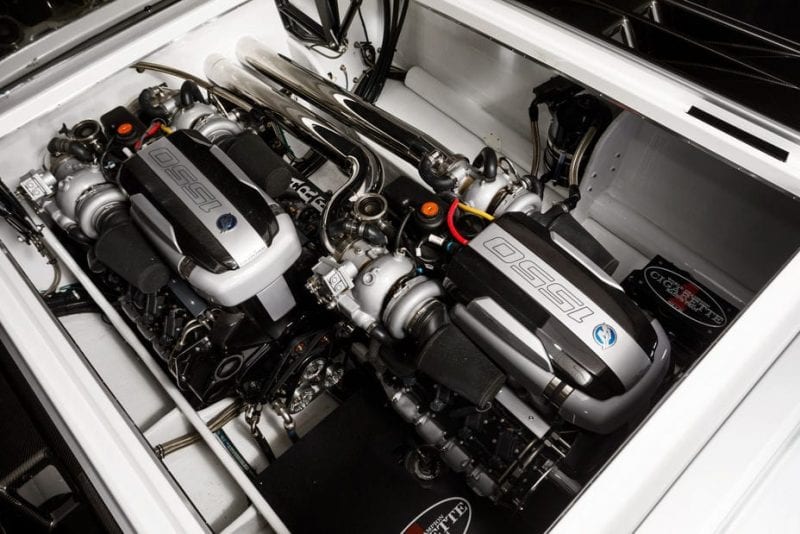 “Mercedes-AMG and Cigarette Racing both have racing as part of their DNA, which makes us natural partners to work together to continue to push the limits of design and high performance,” said Skip Braver, CEO of Cigarette Racing. “Whether on land or on water our discerning customers demand the absolute best, so we are extremely proud to unveil the Cigarette Racing Team 515 Project ONE. It is by far our most impressive high performance boat yet and represents a triumph of engineering that proudly reflects our unparalleled performance pedigree.” 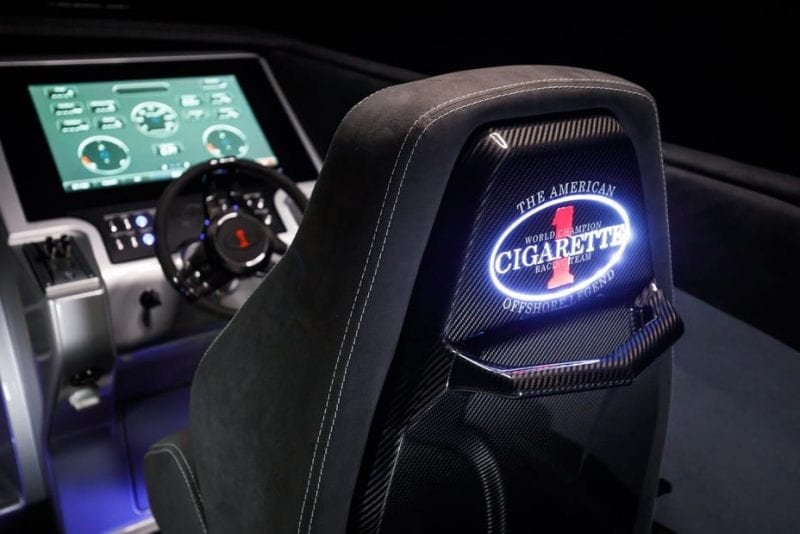 Six of the special 515 Project One boats will be made in the first year. They’ll go on sale during the first public day of the Miami International Boat Show Feb. 16-20.