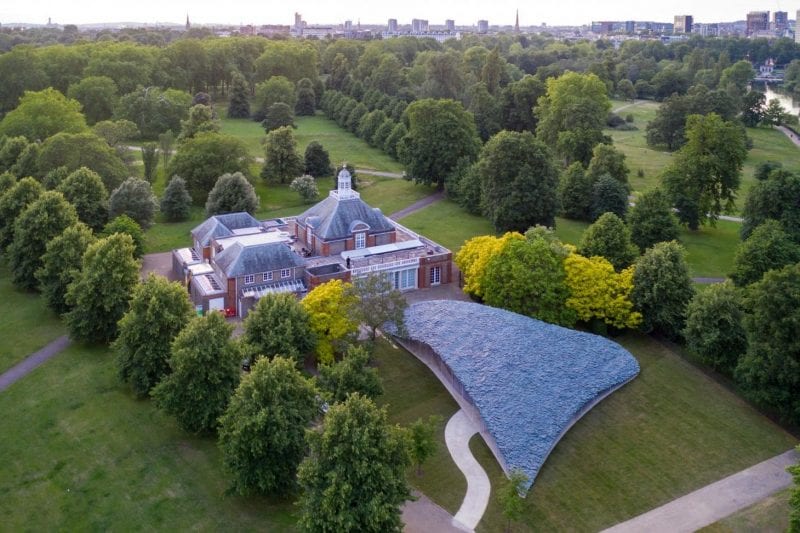 The popular architectural showcase at the Serpentine Gallery returns this year with a ‘primitive and ancient’ slate roof by Junya Ishigami, now complete and launching this week in London’s Kensington Gardens.

Formed from 77-ton slate tiles are held in place by 106 pin-ended columns arranged randomly underneath. It has the look of a bird hunkered down in a hollow in the landscape, making a protective shelter with its outstretched wings.  The 19th architect to be chosen rather fittingly for 2019- the Japanese describes his sweeping Cumbrian slate roof as a “hill made out of rocks.”

Inside, a cave-like space offers room for resting and contemplation as well as shelter from the elements during the unpredictable weather British summer.

“I wanted to create a pavilion that felt primitive and ancient,” says Ishigami, “something between building and landscape. Slate roofs are found all over the world, so anyone coming here will be able to identify with it as a basic, archetypal form.”