Another luxury brand is jumping into the smartwatch game. Hublot the French brand is unveiling its first-ever luxury smartwatch powered by Wear OS by Google, an extension of its Big Bang line that’s all about the 2018 FIFA World Cup. The smartwatch will be released under a weird name: Big Bang Referee 2018 World Cup Russia. 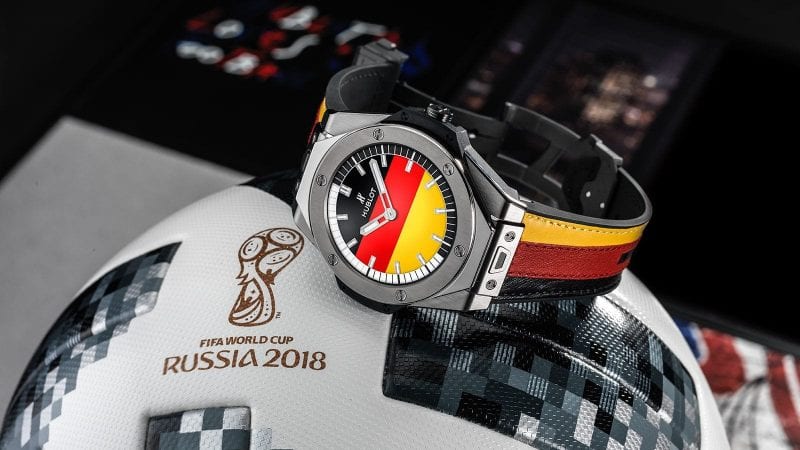 World Cup referees will wear the watch, consumers will be able to buy it as well, though the company says it’s only making 2,018 of them. The Big Bang Referee 2018 FIFA World Cup Russia runs Wear OS and has the same Intel Atom Z34XX processor that powers 2017’s Tag Heuer Connected Modular 45.

The Big Bang Referee has a 35.4mm watchface, 400 x 400 AMOLED screen, Bluetooth 4.1, 802.11n Wi-Fi, and “around one day” of battery life from its 410mAh battery. You won’t be getting more than a day of battery life out of Hublot’s luxury smartwatch, but you’ll benefit from 5 ATM water resistance. In addition to those specs, it also has Bluetooth 4.1 as well as Wi-Fi. Jean-Claude Biver, watch chief at Hublot’s parent company LVMH, told Bloomberg that it will be priced around 5,000 francs (approximately $5,241).