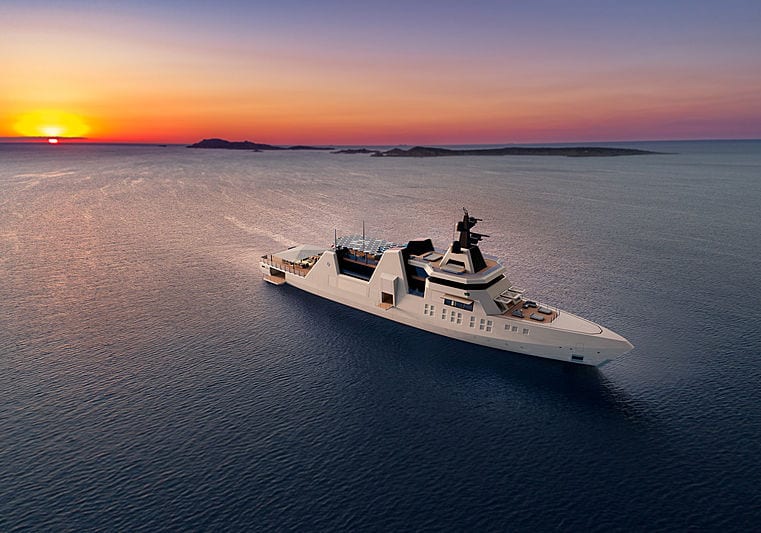 The exterior design is reminiscent of the Italian navy ships which Fincantieri also builds include folding out terraces, wide panoramic social areas and hexagonal shaped solar panels which shade the wheelhouse bridge.  For the six-deck superyacht, advanced technologies and smart architectural solutions such as fold-out balconies, wide panoramic social areas and solar panels have been designed to create a stylish yet functional vessel. The main deck living space features floor-to-ceiling windows that brighten the interior, complemented by homely architectural designs and a winter garden that surrounds the scenic lift in the lobby.

The yacht can accommodation for a total of 14 guests in seven guest cabins, including a private owner’s deck on the upper deck, as well as for a crew of up to 23. Elsewhere, the naval inspired yacht features a helipad and can carry a tender measuring 8.5 metres.

At an economical speed of 12 knots, Vis will have a transatlantic range of 5000 nautical miles. Discover Opulent Club on Apple News.