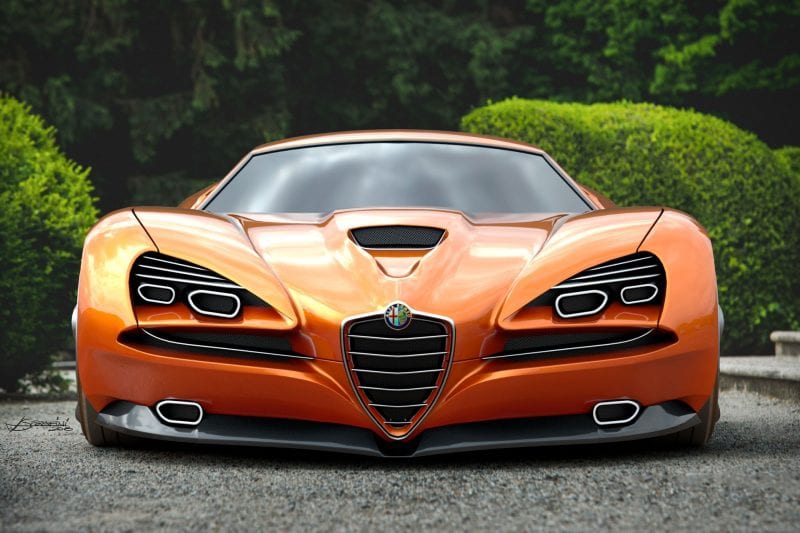 This is the Alfa Romeo Montreal Vision GT, designed as a homage to the original Montreal from the 1970s.  The concept by designer and digital artist Luca Serafini.

With it’s streamlined design, Luca Serafini’s Alfa Romeo Montreal Vision GT concept updates the car’s most striking feature, the four headlamps on the car’s front end. Alfa Romeo’s signature triangular grille, hood-mounted vents. The concept is much longer and streamlined than the original. At the sides there are huge wheels with an intricate chrome design, as well as four small horizontal vents directly behind the doors as a tribute to the six vents used by the original Montreal and positioned in the same area.

“Back in 1986, my father bought a shiny orange Alfa Romeo Montreal,” Serafini notes. “It was all original, except the exhaust system. I remember the night he came home with the quite irregular V8. He parked it in the rear garage. The smoke was surrounding it, and the first thing I saw was the red tailights and chromed mufflers.”