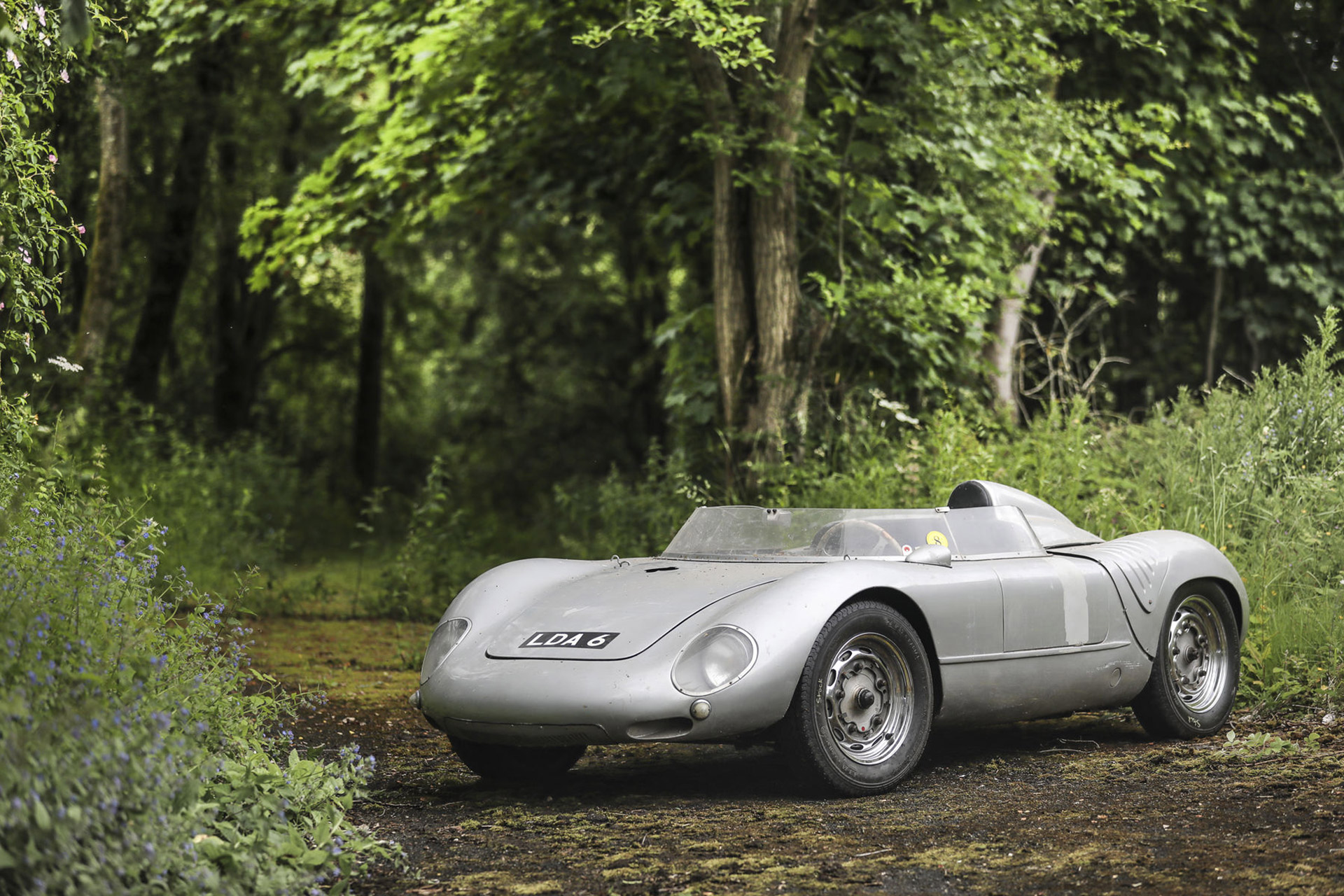 Porsche built only 90 examples of the 550 Spyder, making each one desirable. This 1956 Porsche 550 Spyder has spent the better part of 35 years sitting in a barn somewhere in the Swiss countryside. Early in its life it was owned and driven by a number of well-known Swiss racing drivers including Rita Rampinelli, Heinz Schiller, and Formula 1 ace Jo Siffert.

“The 550 Spyder was the car with which Porsche doubled down on its racing efforts,” says senior Hagerty auction editor Andrew Newton. “Its dozens of race victories all over the world established Porsche’s early reputation as a builder of giant-killers that could dominate the small-displacement categories and occasionally challenge for overall wins against much larger and more powerful cars.”

Somewhere along the way it was updated to help keep it competitive, being fitted with a Porsche RS60 body and a new factory engine, most likely to keep the car competitive. For reasons unknown it ended up storage in a Swiss barn where it remained from the 1980s to the present day – over 35 years. It has remained in its current ownership since then, belonging to a renowned collection in the UK.

The car is now due to cross the auction block with Gooding & Company on the 3rd of September at their London Auction, due to be held at the prestigious Concours of Elegance at Hampton Court Palace. If you’d like to see more about the car or register to bid you can visit the listing here, the price guide is £1,250,000 – £1,750,000 which works out to approximately $1.5 – $2.1 million USD. Discover Opulent Club on Apple news.