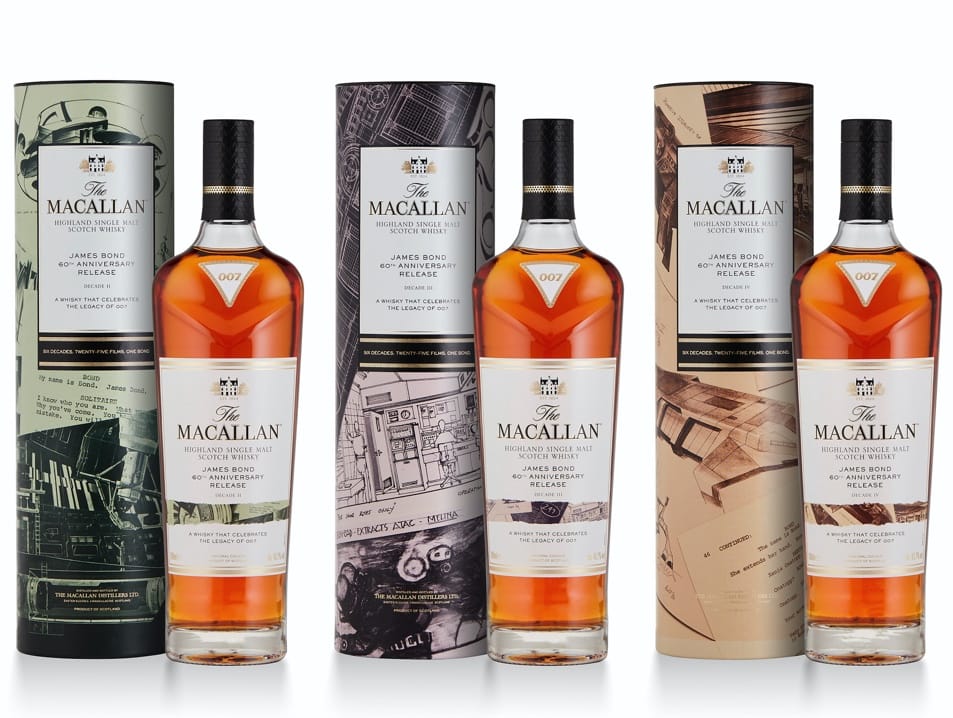 The Macallan has unveiled its limited edition James Bond 60thAnniversary Release to mark six decades of the film franchise. The collection comprises six limited edition bottles with each unique pack designed to reflect the decade that it represents,  bringing to life the creative development process of the films in a behind the scenes exploration of the James Bond archives.

The single malt whisky has been created by The Macallan Master Whisky Maker, Kirsteen Campbell to reflect the enduring character of James Bond, a force of nature defined by his Scottish heritage, who carries himself with modesty and humility. The distinct set tells the story of innovation across 60 years and the pioneering character attributes of James Bond and The Macallan.

Jaume Ferras, Global Creative Director for The Macallan, said, “This October, James Bond will celebrate its 60th anniversary, making it the longest running and one of the most loved franchises in the world of entertainment, comprising 25 films over six decades and six lead actors over time. The Macallan is James Bond’s whisky of choice and as two renowned global brands, we share many synergies, most notably as modern innovators linked by our Scottish heritage.”

It has a natural gold colour and is rested at 43.7% ABV. On the nose the whisky offers fresh and vibrant notes of lemon and lime, hints of sherbet, leading into a sweet vanilla and coconut, with a hint of dried fig and raisin.

The Macallan James Bond 60th Anniversary Release will have an RRSP of US$800 / £600. There will be limited availability worldwide. Discover Opulent Club on Apple news.