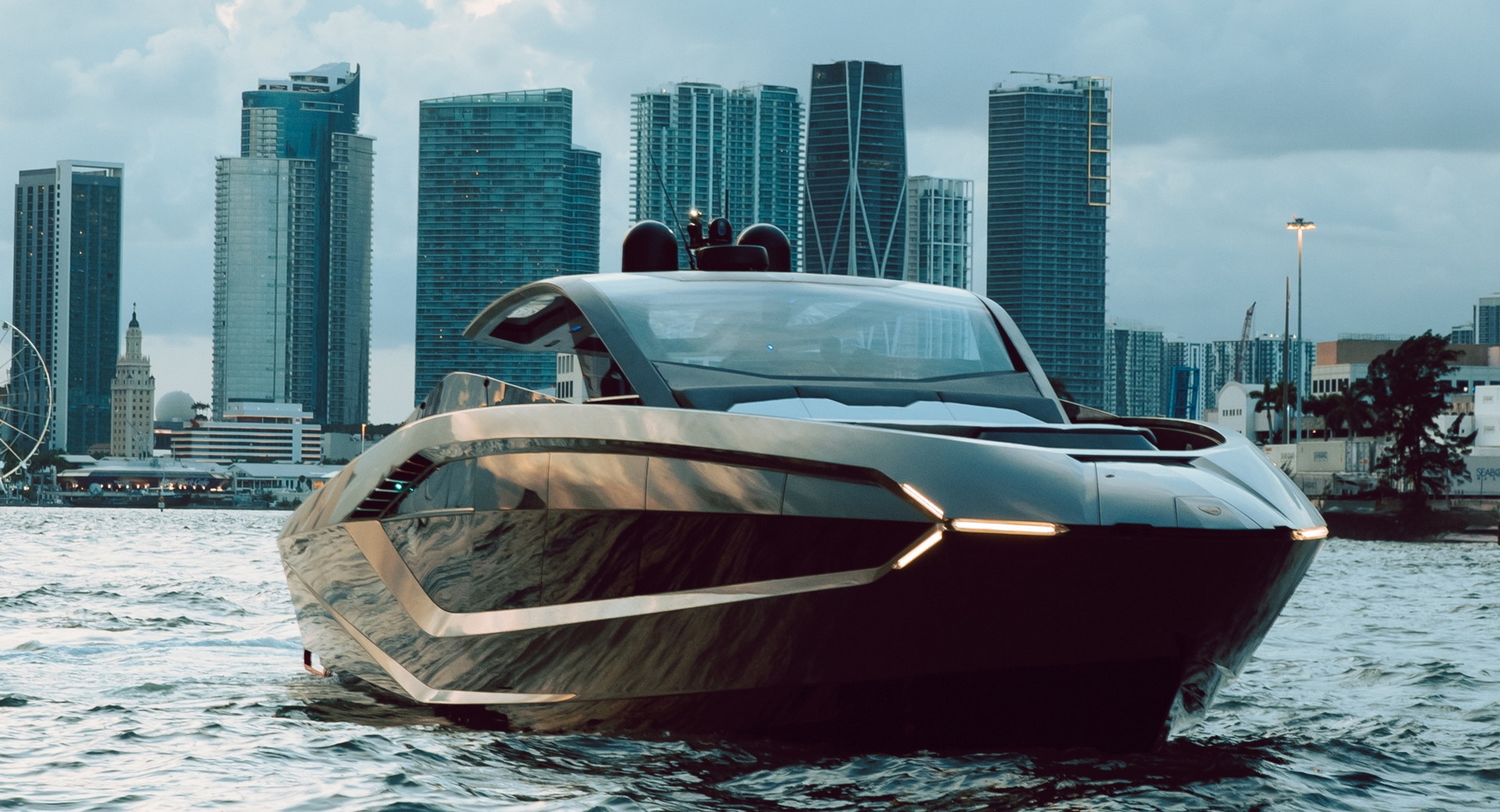 The First Lamborghini Yacht Has Arrived in the US

Prestige Marine has announced that the very first Lamborghini 63 Superyacht built by Tecnomar has arrived in North America, for its premiere customer at a dock in South Florida. A tribute to Lamborghini, the powerboat is one of just 63 that will ever be built. The 63 references the yacht’s length in feet, the Raging Bull’s 1963 foundation.

The Tecnomar for Lamborghini 63 is one of the most unique yachts in the world with its uncompromising design, performance and handling. 1963 is the founding year of Lamborghini, so that number appears throughout. And with that, we have a 63-foot boat that has a top speed of 63 knots, a total number only 63 being built, all paying homage to Lamborghini’s original starting date of 1963. – Brett David, CEO of Prestige Marine

The sleek styling takes cues from the limited-edition Lamborghini Sian FKP 37, the yachtmaker incorporated hexagonal shapes and sharp corners in the design of the boat. A hardtop sunshade provides protection from the sun, while simultaneously recalling the roofline of a supercar and its Y-shapes lights come straight from the Sian. Even the instrument panel and steering wheel mirror the Aventador’s.

To create the Lamborghini-inspired boat, Tecnomar adapted the L63 into a lightweight super yacht that boasts a top speed of 63 knots and is fitted with a pair of powerful MAN V12 2,000 PS (1,491 kW / 2,028 PS) a-piece hp engines. The newly arrived custom 63-foot marinecraft features Lamborghini’s signature carbon fiber throughout to make it ultralight.  That makes it one of the fastest 63-footers in its class. Burning roughly 100 gallons of fuel per hour, it has a range of about 360 nautical miles.

Brought into the U.S. by Prestige Imports, the company has long worked with Lamborghini, as well as a number of other exotic manufacturers. Opened in the 1980s, the company claims it is responsible for shaping the supercar marketplace in South Florida.  Discover Opulent Club on Apple news.