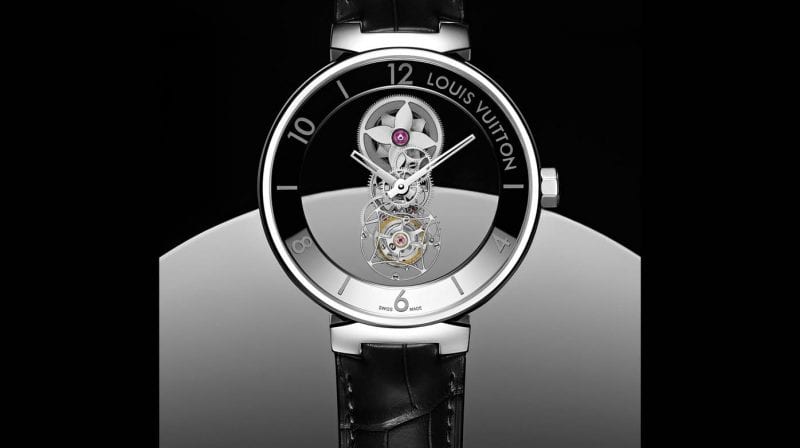 Louis Vuitton is not among the names you think of when fine watches and horological expertise are discussed. A new chapter in Louis Vuitton’s watchmaking adventure begins today with the Tambour Moon Mystérieuse Flying Tourbillon. This timepiece builds on the mysterious movement trend, combining it with a flying tourbillon and arranging these elements beautifully in a line. 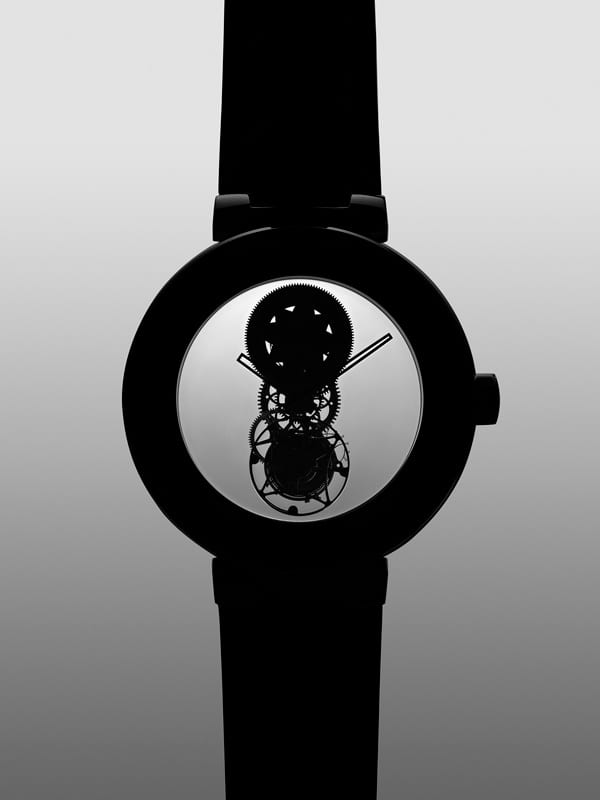 Developed in the 19th century, mysterious movements traditionally make the hands appear to levitate. This fascinating optical illusion is made possible thanks to a clever mechanism of crystal discs, today replaced by sapphire crystals. This applies to the LV 110 caliber in its entirety. 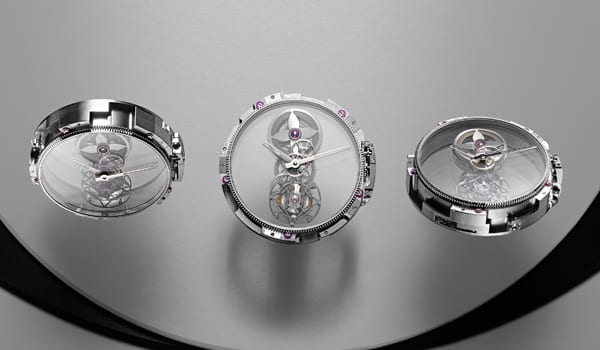 Louis Vuitton’s watch features a 45mm platinum case, the movement boasts an impressive 8 day power reserve. Arranged along a vertical line, the co-axial double barrel concealed beneath a Monogram Flower situated at 12 o’clock, the central wheels dedicated to the hours and minutes, as well as the tourbillon carriage at 6 o’clock, appear to float in mid-air. A lightweight creation reinforced by two stylistic effects: the absence of a connection between the winding crown and the double barrel, and the choice of a flying tourbillon whose carriage, which performs a complete rotation in 60 seconds, is adorned with an openwork Monogram Flower.

Developed and crafted by La Fabrique du Temps Louis Vuitton, the Tambour Moon Mystérieuse Flying Tourbillon offers watch enthusiasts another surprise: the back of the tourbillon carriage may be personalized with the customer’s initials. This watch beautifully minimal and complex, perhaps indicating a fresh new direction for Louis Vuitton’s range of timepieces.