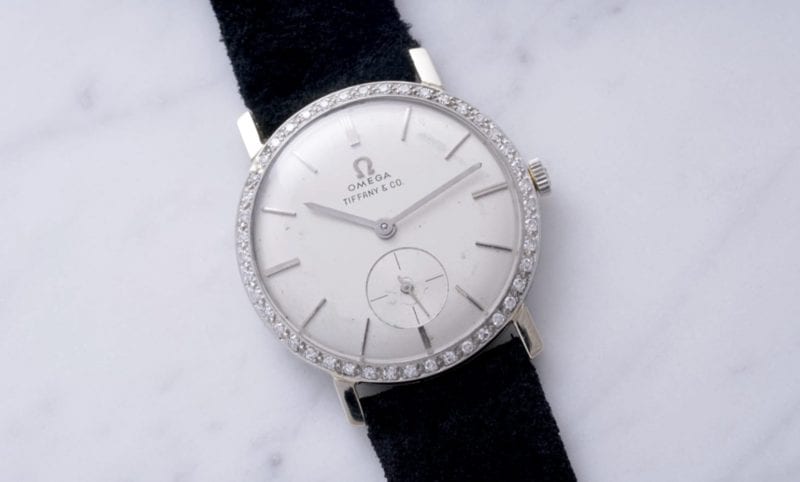 Elvis Presley’s Omega watch, gifted to him by RCA Victor in 1961 for selling a milestone 75 million records, will be up for auction in May at Phillips in Geneva in association with Bacs & Russo in May.

At a charity event In February 1961, Elvis Presley’s record company RCA Victor presented him with a plaque commemorating his 75 million record sales worldwide since 1955. He was given the watch at the same occasion. The 18-karat white-gold watch set with 44 diamonds was purchased by the record label through Tiffany & Co. in 1960 and houses Omega’s manually wound Omega caliber 510. An engraving on the back reads, “To Elvis 75 Million Records RCA Victor 12-25-60.”


Research suggests that Christmas Day marks the actual date for reaching 75 million records sales. A letter and a certificate from the Elvis Presley Museum are included to further confirm the watch’s authenticity.

The nephew of the recipient of Elvis’s Omega came to Phillips with the watch shortly after the auction house sold Paul Newman’s Rolex Daytona for a record $17.8 million. The Phillips Geneva Watch Auction: Seven will take place on 12-13 May at Hôtel La Réserve in Geneva.